The Origins and Codes of Urban Exploration 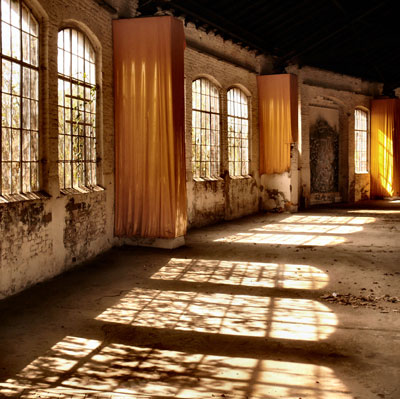 This abandoned factory of OPEL auto makers in Bochum, Germany, looks like a great place to explore.
Photo courtesy FrizzText

Curiosity about abandoned places has fostered urban exploration (UE) for centuries. But many credit a counterculture group known as the Suicide Club, formed in­ San Francisco in the late 1970s, as the progenitors of modern urban exploration. This group undertook tours of utility tunnels and old hospitals around the city and threw dinner parties in strange places like the Golden Gate Bridge [source: San Francisco Chronicle]. The Suicide Club, in part, helped to point out that there are vast, forgotten areas of the urban landscape and suggested that perhaps there’s some value in infiltrating these places. And thus, urban exploration was born.

Urban needn’t mean "city." In regard to UE, it means investigating any man-made structure. While developed areas, like cities, have more sites to offer, some very interesting structures are off the beaten path. They take explorers to remote abandoned mines or missile silos in the middle of nowhere. Unusual or unique man-made structures like abandoned ships, amusement parks, derelict insane asylums and decommissioned military installations offer as much adventure as more mundane locales. Everyday places like vacated shopping malls, sewer systems and office complexes all beckon urban explorers. As long as the site is no longer in use, off-limits and man-made, an urban explorer will probably want to visit.

UE gained popularity during the 1990s, and codes of conduct have developed over time. Explorers follow ethics like not taking anything found in these places or leaving any trace of their presence. Graffiti is definitely frowned upon, as is any form of vandalism. Nothing should be taken or broken. As an explorer called TunnelBug succinctly put it, “If it’s gone, then other people who come here won’t be able to enjoy it" [source: San Francisco Chronicle].

Urban exploration purists advocate only trespassing -- not breaking and entering. This means that using wire cutters to create an opening in a fence, breaking windows or kicking in doors is against the code of ethics. This forces explorers to get creative when finding an entry point into a structure.

These explorers usually take photos of the places they visit. The Internet has boosted the profile of UE, and photos of excursions can be found on any number of Web sites, as can videos of exploration on sites like YouTube. It’s also allowed groups to form in countries around the world. Books and documentary films of the culture have been produced. And there are legends in this impromptu community. One explorer is revered for infiltrating a tunnel beneath a cemetery that was filled with stalactites made of grave wax -- fatty deposits from decaying corpses.

It should be said that UE is an extremely dangerous and illegal pastime. By nature, old abandoned buildings are unsafe. They haven’t been maintained or inspected, sometimes for decades. Rotting floorboards, collapsing roofs and unstable staircases can lead to injury or death. And accidents do happen from time to time. In January 2008, two Australians were killed while exploring a sewer system in Sydney. A burst of rainwater from a sudden storm swept them off their feet and carried them to a sewer grate, where they were pinned and drowned [source: The Age].

Incidents like this have attracted police forces' attention. In South Wales, police warned people to stay away from an abandoned local theater after explorers posted photos taken inside the structure [source: Swansea]. Increased police awareness of UE, as well as burgeoning public popularity and media attention, have caused many explorers to take their activity underground. They've begun tightening standards of group membership and hiding their Web sites.

So with all of the danger and possible run-ins with the law, why do people engage in urban exploration? Find out why on the next page.