by Bambi Turner
NEXT PAGE 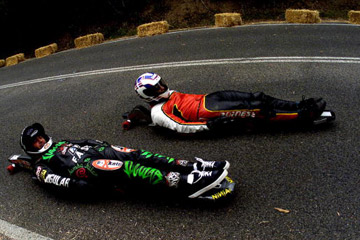 For many of us, our only experience with the luge takes place every four years when we catch a few hours of Olympic Games television coverage. Those who think it may be fun to slide downhill at top speed may have difficulty finding a spot to try this sport. If you'd like to experience the thrill of luging without locating an icy track first, consider giving street luge a try.

Street luge is an extreme sport that's popular with many skateboarders and outdoor sports enthusiasts. It combines the best of skateboarding, sledding and sheer guts to form one of the most thrilling and dangerous sports out there. Riders use a wheeled sled to speed down paved surfaces, often reaching speeds of 60 mph (96 kph) or more. The sleds are similar to those seen in the Winter Olympics, but they have wheels instead of runners. As you ride, your body rests mere centimeters above the ground, allowing you to feel every bump and twist in the road [source: Ryan].

This sport is believed to have started in the 1970s, when skateboarders learned they could increase their speed by lying down on their boards. This technique was known as "buttboarding" and was performed on traditional skateboards or long boards. Competitive riders used this technique to win races, though high injury levels led most boarders to discontinue the technique by the end of the decade [source: International Gravity Sports Association].

By the 1990s, riders found that they could modify their boards to enjoy the speed of lying down while lowering the risk of injury. Since that time, street luge has become a sport in and of itself. Some riders take part in this sport recreationally, while others follow a competitive track. Street luge has played a part in extreme sports events like the X-Games and the Gravity Games, while serious riders head to the annual Street Luge World Cup to show off their skills [source: Ryan].

So what does this sport have to offer? For many, luging is the ultimate adrenaline rush. It combines high levels of speed and risk, allowing riders to push the limits of the body's ability. Street luge is also easy to learn, and can be performed almost anywhere with little specialized equipment. Riders of any level will find plenty of excitement as they learn to master this extreme sport.

Before you get ready to ride, let's take a look at the physics of street luge. By understanding the forces you'll be facing, you'll be better prepared to meet the demands of this sport. 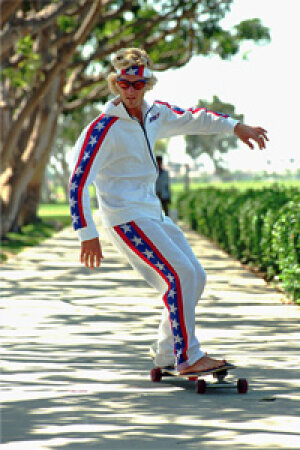 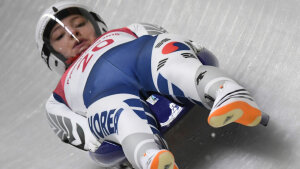