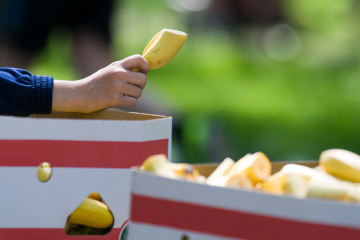 Whether you're running a sprint triathlon or a testing the limits in an Ironman event, nutrition is an important part of the training process.
©iStockphoto.com/Mac99

Deciding to run a triathlon, whether it's the sprint version or a full-fledged Ironman, is a major commitment. Preparing for the event means long hours of running, swimming and biking, plus additional strength and core training. Triathletes also need to practice transitioning smoothly from one leg of the race to another -- something that's a lot harder than you'd think.

But perhaps the most crucial element of any triathlon training regimen is your nutrition plan. Making sure your body gets the right combination of carbohydrates, protein, vitamins and hydration can mean the difference between a successful race and a painful ordeal. This combination isn't going to be the same for every person; all of our bodies burn energy at different rates in slightly different ways. Accordingly, one of the most important parts of your training will be to discern how much fuel your body will need, and when it will need it. 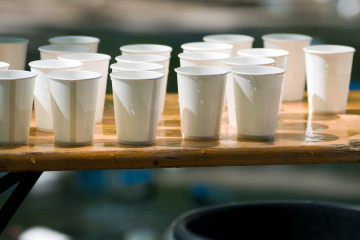 Water will help absorb important nutrients you need during the training process.
©iStockphoto.com/Mac99

Sprint triathlons are where most novice triathletes get their feet wet. It's a good place to start if you're trying to decide whether to tackle any of the more rigorous triathlon events. Though the distances involved may vary from one sprint triathlon to the next, the average event might break down as follows:

When you add in transition times, you might be looking at almost two hours for the entire event [source: Sprint Triathlon Training.org]. Keeping your body energized and hydrated throughout can be a challenge.

Since many sprint triathletes are just getting used to a multi-leg sporting event, it's important to consider how your body reacts differently to each individual event, as well as how it handles the triathlon as a whole. Experiment with different foods to see what your stomach can tolerate during a high-intensity workout. There are lots of options out there, including sports beans, blocks (which have a chewy consistency), gels and drinks. You can eat all of these on the go, and they'll give your body the combination of carbohydrates, protein and vitamins it needs to keep going throughout the event. Make sure you drink plenty of water along with the snacks; it helps your body absorb the essential nutrients and prevents stomach irritation.

Is the sprint triathlon not enough of a challenge for you? See the next page for a feat of Olympic proportions. 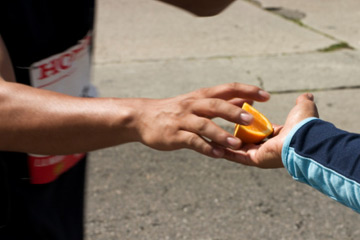 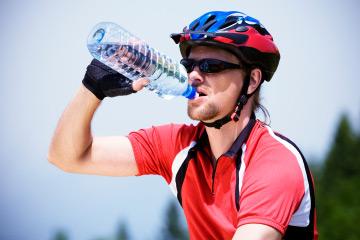 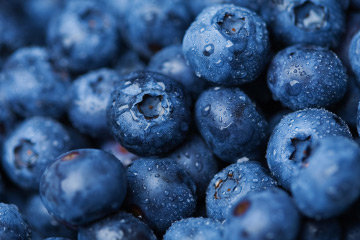 Blueberries are an excellent source of antioxidants.
©iStockphoto.com/Kativ

For the most hardcore triathletes out there, the classic demonstration of endurance is the Ironman. At 140.6 miles, it's an incredible test of your body's limits. The individual leg-lengths are as follows:

In addition to biking for more than 100 miles and swimming nearly two and a half, you're running an entire marathon. To the uninitiated triathlete, it might seem impossible. But with the right training and dedication, even this incredible feat is within your reach.

The nutrition tips for swimming and cycling also hold true for a marathon-length race. You'll need to help yourself out during the increased distances of all the events, so be prepared to refuel on the go and during transitions.

Just as important as observing proper nutrition before and during the event is helping your body recover afterward. No matter how in shape you are, competing in an Ironman triathlon is going to leave you essentially running on empty. Between 15 and 30 minutes after you've completed the race, you should start replacing the fluids your body lost. This means 20 to 24 ounces of fluid for each pound lost during the race. You'll also need to replace sodium -- about 450 milligrams of sodium per 24 ounces of fluid. Make sure you don't guzzle your fluids. Reclaim that hydration at a slow and steady pace. Avoid caffeine and alcohol, since they'll make dehydration worse. You'll also want to take in about 50 to 75 grams of carbohydrates and 6 to 20 grams of protein within 15 to 30 minutes after the finish, and repeat that every two hours. This will help stabilize your blood sugar and repair your muscles. If you're feeling nauseous, stick with liquids at first, and then start in on small bites of solid food once your stomach settles [source: Ironman.com].

Ready to take the plunge? See the next page for lots more information about staying healthy while training for a triathlon.