Before the 1980s, triathlon was known as a grueling endurance sport that only "Ironmen" were fit enough to attempt. Then, in the early 1980s, advocates formed the organization known as USA Triathlon and worked to standardize competition rules. The group also popularized the Olympic distance triathlon [source: USAtriathlon.org].

Consisting of a 1.5-kilometer swim, 40-kilometer bike ride and 10-kilometer run, the Olympic triathlon is the distance at which Olympic triathletes race. It takes mere mortals an average of three hours or more to complete an Olympic triathlon, making it a reasonable challenge for marathoners and other athletes looking to push the limits of their endurance [source: Mora].

If you're in shape for a sprint triathlon, or if you already have a good grounding in at least one of the three triathlon disciplines, then you should be able to complete training for an Olympic triathlon in eight to 12 weeks. If you haven't gotten off the couch since college and can barely jog a 5K, you should plan 16 weeks for training and follow a sprint training program for the first eight weeks. Some things to keep in mind about Olympic distance run training are:

Olympic distance should pose plenty of challenge for the average athlete, but for those of you who like the idea of pushing your endurance to extremes, triathlon's Half-Ironman might be the distance for you. We discuss run training for that in the next section.

At Olympic distance and beyond, pace becomes critical to success. You need to know what your race pace is so you can train yourself to maintain a stable level of intensity throughout your race.

Use an online calculator like this one from RunnersWorld.com to give yourself a rough idea of what your 10-kilometer race pace should be. Time yourself running a mile as fast as you can, or plug in a time from a recent 5K and the calculator will estimate what your race pace might be for a variety of distances. For instance, if you can run a mile in eight minutes, you should aim to: 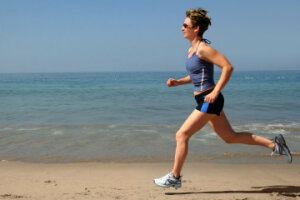 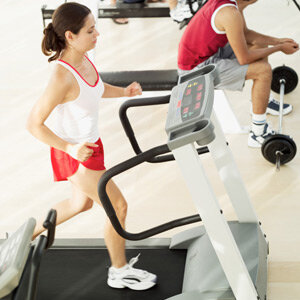 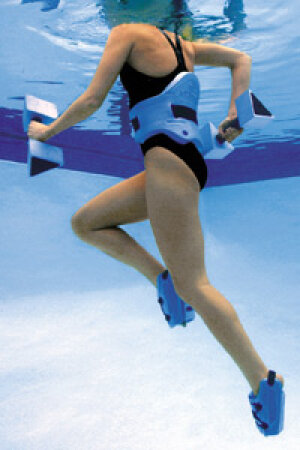