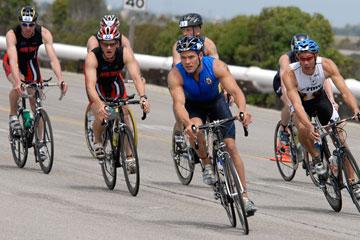 Whether in training or in a race, a triathlete needs to eat more than the average person.
Photo courtesy of the Department of Defense

There's no way around it, 140.6 miles is a long way. Even in a car. On human power alone, it's a long-distance triathlon, and it requires long-term preparation and a highly specialized training program. Part of that program involves nutrition.

Triathlons are races that combine swimming, cycling and running in a single event, each for a different distance. Triathlons come in a variety of distances, but the most common are:

The famous Ironman World Championship in Kona, Hawaii is an ultra-distance triathlon. The race has a 17-hour time limit, but the top athletes typically take between eight and nine hours to finish (see How the Ironman Works).

Just as different types of cars have different fuel needs, triathletes, and endurance athletes in general, have different nutritional requirements from the rest of the population.

The good-eating basics are the same: a variety of foods from the different food groups (carbohydrates, proteins, dairy, fruits/vegetables), not too much saturated fat, a good supply of all the necessary vitamins and minerals, enough fluids to keep the body going in optimal condition, and an appropriate number of calories going in to cover the amount expended throughout the day.

That's the first place where a triathlete's nutrition plan is going to veer off the common course. Whether in training or in a race, a triathlete needs to eat a lot more than the averagely active person. 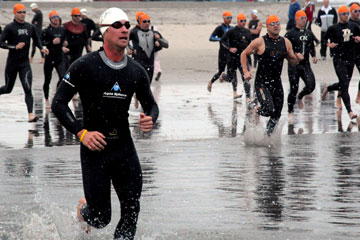 A triathlete may need to nearly double caloric intake.
Photo courtesy of the Department of Defense

For triathletes, eating too little doesn't just mean losing weight; it means a poor finish. If they don't eat enough, it affects performance. A car can't drive without fuel. An inadequate number of calories (and fluids) can result in fatigue and perhaps injury, or maybe just a terrible training session or race.

Performance in both training and racing relies a great deal on taking in the right nutrients. In general, a triathlete needs to pay specific attention to intake of:

Of these items, the ones most specifically tied to endurance athletics are carbohydrates, proteins, fats and water. Triathletes use more of these nutrients and have to make sure they balance activity levels with intake. For an average triathlon training day, Bob Seebohar of the Colorado Center for Altitude Training and Performance recommends: 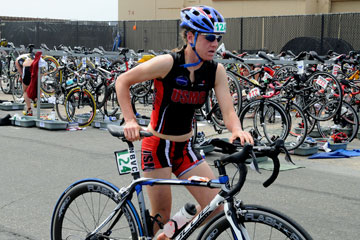 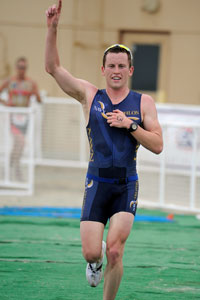