Tips for the Second Transition

Arriving at your transition area, quickly place your bike on the rack and remove your helmet (you should've unstrapped it by this time). Your running shoes should be sitting on your towel, with the tongues and straps up and loose so your foot slides in easily. In one seamless motion, take each foot out of your cycling shoe and place it in the running shoe. Elastic laces that can be used with almost any shoe can eliminate the need to tie or tighten a strap [source: Bernhardt].

If you're adding socks at this point, be sure you're standing on the towel so you don't have any dirt or gravel to contend with on the run. Like cycling shoes, special triathlon running shoes are made that reduce if not eliminate the need for socks, which can be hard to put on wet feet. It comes down to what you personally are most comfortable with. If you insist on socks, roll them up so you can unroll them onto your feet later instead of trying to pull them on.

You shouldn't need to physically train as much for the transitions as you do for the sports themselves, but you'd be wise to practice to the point where it's second nature. Above all, pick a routine that works best for you, and stick with it on race day. Changing your routine at the last minute will probably spell disaster.

Don't overlook being mentally prepared for the transition as well. Again, remind yourself how to get to your transition area after each sport, and mentally review your plan of attack once you get there. Visualize what you're going to do. Don't forget where the starting line is for the next leg of the triathlon.

Last but not least -- and we've definitely mentioned this before -- do not forget where your transition area is. You'll see these lost souls at any big triathlon: You do not want to be this person.

A good transition is as much art as science. Developing and perfecting your transition using the suggestions in this article will create a more stress-free and enjoyable experience for the entire race. Before long, it could even move you to the top of the podium.

Checklist for a Smooth Transition 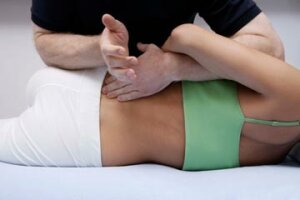 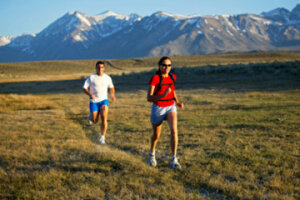 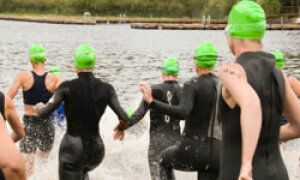