by Jeff Harder
NEXT PAGE 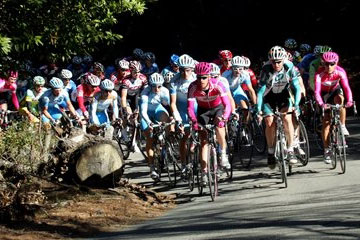 Cyclists ride up a hill during Stage 2 of the Tour of California in Lafayette, Calif., Tuesday, Feb. 21, 2006.
AP Photo/Jeff Chiu

If you're one of the elites, it could happen at Stage 16 of the Tour de France or Big Bear in the Tour of California. If you're a new jack, it could happen at that gentle quarter-mile incline on the other side of town. But that burning sensation in your quadriceps and the inkling that you're a little higher up than you were a moment ago is familiar to almost everyone who has ridden a bike: You're climbing up a hill.

Hill climbing is just one skill of many -- sprinting, bridging gaps and drafting, among countless others -- that a cyclist must master to become well rounded. Actually, a list of the best hill climbing cyclists looks a lot like a list of the best overall cyclists. So what makes a great hill climber? Is it simply being stronger and faster? Most world-class climbers carry just 2 pounds (1 kilogram) of body weight for every inch of height, meaning a 5-foot-10-inch (1.78-meter) cyclist would weigh approximately 140 pounds (64 kilograms) [source: Cycling Performance Tips]. Elite cyclists also have very low body-fat levels: 6 to 9 percent in males and 11 to 14 percent in females [source: Hewitt].

While densely muscled cyclists can use their heavier frames to produce great power and surge across the flats, the lean elite in the peloton -- the main group of riders in a bicycle road race -- are adept at something vastly more important to hill climbing: producing the highest ratio of power to body weight over long distances. According to The New York Times, Lance Armstrong has produced 6.8 watts per kilogram of body weight, compared to a good recreational cyclist, who can generate 4 watts per kilogram [source: Kolata].

We're not all genetically predisposed for greatness on hill climbs, but they're a fact of life for cyclists everywhere. You might as well do them better.

Turn the page and learn how to perfect your hill climbing technique. 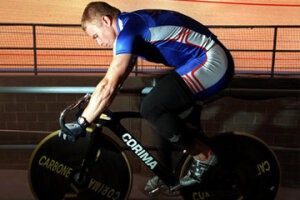 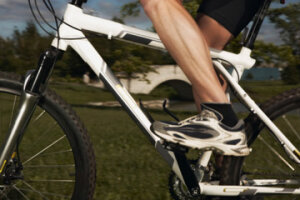