It was the final day of the 2010 Tour de France. Luxembourg's Andy Schleck was in the lead, and close behind him was Spain's Alberto Contador. Suddenly, Schleck's chain came off. Traditionally, Contador would be expected to slow down and wait until Schleck had reattached the chain. Instead, Contador powered past him to take the lead. Within hours, Contador's "breach of etiquette" may well have catapulted him to his third Tour de France victory. On the winner's podium later that day, he was greeted with a chorus of boos [source: Arthur]. "The race was on, and maybe I made a mistake. I'm sorry," said Contador later in a videotaped apology [source: Mariotti].

For all its competitiveness, cycling tries to remain as polite a sport as possible. Which means that before you hop aboard a set of two wheels, you're going to have to follow a few basic rules of decorum. To start, you'll want to follow a bit of a dress code. Basically, avoid bringing any clothes that might be a nuisance. If you've got to keep adjusting your pants during a race, you may end up slowing the rest of the group down. Spandex pants are usually a safe bet for cyclists. They may look ridiculous to some people, but they stay out of the way. It's not a must, but many male cyclists also choose to shave their legs to reduce drag and help with wound care.

In most rides, the first 15 or so minutes are a "warm-up" period. Cyclists start out slow and gradually work their way up to higher speeds. If you start pedaling wildly from the beginning, you may annoy your fellow riders. Remember drafting? By cutting through the wind, the two cyclists at the front of a peloton end up doing most of work. That's why the role of "front rider" should be routinely rotated to allow each cyclist a turn at the front of the pack.

How you ride is important. If you're in a group of road cyclists, you'll probably be expected to ride upright. If you're with more serious cyclists, however, they'll probably spend most of their time bent into a more aerodynamic pose. Most groups will switch between the two positions depending on the terrain: Make sure to follow along. Headphones and bicycles are usually a bad mix -- but they're a particularly bad idea on a group ride. Not only does it make you look antisocial, but because you can't hear clearly, you can become a safety risk to the rest of the peloton.

Keep reading to find out why bicycle bells aren't just for kids.

You probably won't need to pick up a new bike before joining a cycle group -- but you should make sure your two-wheeler is in good working order. A broken pedal or wobbly wheel could quickly turn you into an annoying burden. In case of mishaps, always carry around a portable bike pump and a spare tube. It could spell the difference between completing the ride or walking home alone. 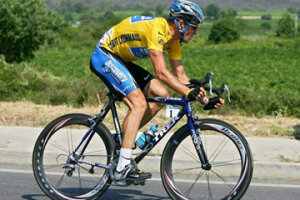 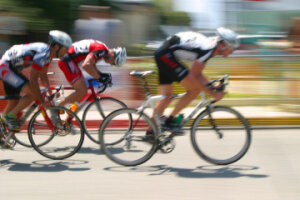 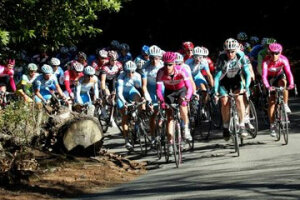