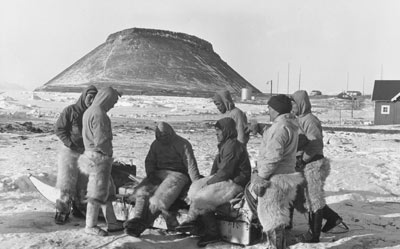 Members of an expedition to the North Pole in May 1971, led by Italian millionaire Guido Monzino
Peter Pagh/Hulton Archive/Getty Images

There continue to be many North Pole "firsts" -- it's a wonder that people aren't bumping into each other on their journeys. Here are just a few of the history-makers:

Many who've attempted to reach the North Pole have perished in the effort, including: