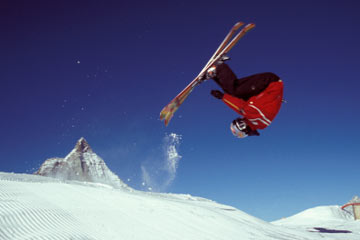 In the beginning, any steep downhill skiing was extreme skiing. Since then, extreme skiing has mutated from its origins as a steep-slope run into a variety of hair-raising winter adventures:

Extreme skiing pioneers continue inventing new types and hybrid forms of extreme skiing and show no signs of stopping. But you can't drop thousands of snowy vertical feet each day without a little technique, and we'll talk about that next.