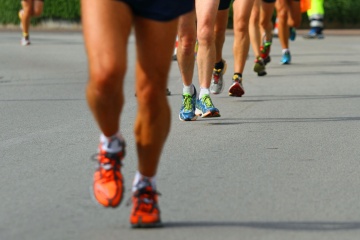 Even if you’re a regular runner who knows your body’s behavior during physical exertion, you can’t always control or even predict your second wind.
© ChiccoDodiFC/iStockphoto

The thing about second winds is that they can't be counted on when you need them. They're a real phenomenon, yes, but what they are not is a predictable phenomenon.

Second winds depend on a number of factors, including everything from exercise intensity and frequency to what kind of shape you're in. But although physiologists know they happen, they don't all agree what's going on behind the scenes to cause it. Some theorize that your second wind, also known as a runner's high, may be caused by the body's release of pain-relieving endorphins. However, that doesn't explain the whole thing. More commonly that "high" is believed to happen as the body's systems come back into balance: Your respiration is regulated; your oxygen intake is fast, deep and plenty; and your body is operating at a slightly elevated temperature, covering you in a light sweat.

When your second wind kicks in, which takes roughly 10 to 15 minutes to happen, give or take five minutes or so (generally, that is; some people may have to wait much longer), it's because your body has stopped focusing on expelling excess carbon dioxide and started taking in more oxygen. That's aerobic energy production (also called aerobic metabolism), and that translates into less pain, easier breathing and a renewed confidence that although you might not have wanted to exercise, maybe it wasn't such a bad idea after all. 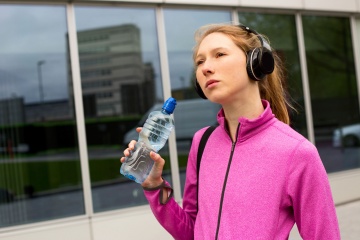 An energy-carrying molecule known as adenosine triphosphate (ATP) fuels every living thing — you, me, plants, animals, all of it — and, when you get right down to it, it's what fuels your second wind.

Adenosine nucleotides are part of the energy production systems of your body, specifically the energy metabolism of your cells. ATP is created from the process of metabolizing the carbohydrates, fats and proteins you consume. It's formed by a high-energy bond between lower-energy phosphates, adenosine diphosphate (ADP) and inactive phosphate (Pi).

The body makes an ongoing supply of ATP, and it starts with the breakdown of sugars from food. First, a reactive process called glycolysis traps and converts glucose, a monosaccharide, and converts it into fructose 1,6-bisphosphate. Next, that fructose 1,6-bisphosphate is split into two molecules of three-carbon pyruvic acid (CH3COCOOH); that's important, because ATP is produced when those three-carbon molecules are oxidized into pyruvate, the final product of the glycolysis energy-conversion process. In short, your body is constantly breaking down the food you eat and converting it to stored energy, which can fuel that second wind.

Because ATP is critical and stored only in limited amounts, the process of hydrolysis and resynthesis is circular and ongoing. ADP and Pi combine to synthesize and replenish the body's ATP, and through hydrolysis, ATP is broken down into ADP and Pi as needed for energy. That equation that looks like this: ATP + H2O → ADP + Pi + energy [source: Encyclopedia Britannica]. 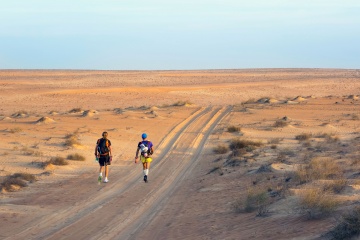