Building strength translates into a better overall athletic performance. Wind-resistance training with speed chutes provides overall muscular resistance. Depending on the chute size, they can produce between 15 and 30 pounds (6.8 kilograms and 13.6 kilograms) of resistance, similar to running on a windy day, running through water or running up a hill.

But both groups can benefit from the extra overall resistance training, which builds strength in the calves, thighs and quads as well as the core. This holistic approach to strength building makes for a more competitive and vigorous overall athlete.

An increase in overall strength leads to an increase in the amount of force an athlete applies to the ground, thus projecting them forward faster. The increased strength in your calves and ankles allows you to take off faster and take longer, enhanced strides.

The chute provides progressive resistance, meaning the faster you run, the more it drags [source: The Runner's Guide]. So no matter how fast you run, it provides enough resistance to increase strength. That's why it's effective for every ability level.

Find out how to incorporate running parachutes into your workout on the next page.

You'll notice a distinctive difference in the general body type of a sprinter versus a middle- or long-distance runner. Sprinters have pronounced thigh muscles while distance runners are generally thinner. Usually the longer the distance, the thinner the frame. For example, Jamaican sprinter Asafa Powell has enormously muscular thighs while 10,000-meter champion Abdi Abdirahman has a slight and lean build. 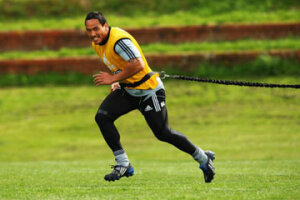 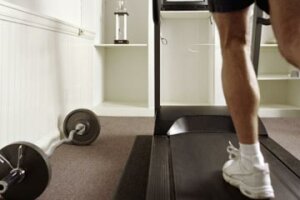 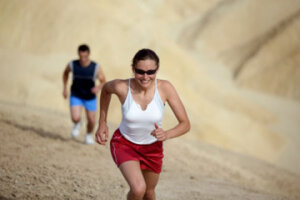