One of the best things about running ladders is the specificity they provide -- instead of spending time in the pool or the weight room, ladders are a type of interval training that directly translates to better running performance.

Even if you have no ambitions of running longer distances like a half-marathon or marathon and you're perfectly content with your pace, you might consider adding intervals to your routine. Intense interval training has been shown to increase not only speed but cardiovascular fitness and the body's ability to burn fat, even after returning to workouts of lower intensity [source: Jaret]. In fact, interval training isn't necessarily synonymous with speed training -- speed is simply a by-product of training the body to use oxygen efficiently. "The idea of interval training is to take a race, break it into pieces, and reassemble the pieces," Derderian says.

There is little or no research comparing the performance of athletes who do ladders-style workouts versus athletes who do straight, uniform-distance intervals. But there are distinct psychological benefits to completing intervals with varied lengths. "You have a biochemistry going on [in the muscles], but you also have a brain and a social aspect. People are training for reasons other than manipulating their biology," Derderian says. Former Olympian  Culpepper said that intervals of uniform distances were daunting, but ladders helped trick her mind into completing her workouts [source: Sandrock].

Similarly, ladders can make an impossible distance seem surmountable. A fatigued athlete might find he can't complete the final mile of a run, but hecan tack a ladders workout of the same length on to the end of a session and break the distance into several shorter intervals.

They're Not Just for Runners

Ladders can be applied to any sport that involves covering a measurable distance, from swimming to cycling to … horse racing? "The Bowed Tendon Book" outlines descending ladders workouts for horses with 1-mile, 3/4-mile, and 5/8-mile intervals. An Irish mare named Stanerra won the 1983 Japan Cup horse race after a training regimen that included ladder workouts [source: Ivers] 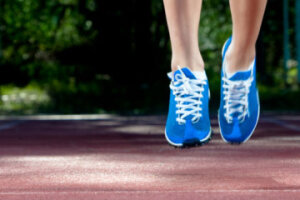 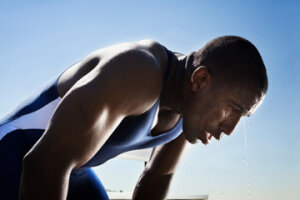