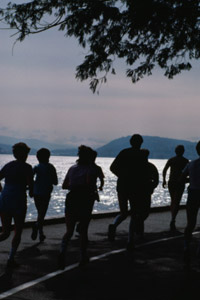 Running at dawn is easier with friends.
Getty Images/Photos.com/Thinkstock

If you've ever tried running alone you, know it can be difficult to get the motivation to go out and exercise. It's easy to come up with an excuse not to go -- maybe the temperature outside isn't right or the food you ate last night is disagreeing with you. Running is typically viewed as a solitary sport, but there are large groups of fitness-minded people out there.

Running clubs are exactly what they sound like: organizations for people interested in running. Each club has different rules and activities, but they're all bound together by the idea that a community is stronger than an individual. These groups can help build motivation, create support networks and provide a healthy social outlet for both new runners and veterans of the sport.

The popularity of running clubs has increased in recent years due to the ease of setting up a Web site or blog to attract new members. And with e-mail newsletters and race reminders, it is simpler and cheaper to keep in touch with fellow runners than it was in the past. Local organizations have also been bolstered by the Road Runners Club of America, a nationwide nonprofit network of running clubs helping to promote and advertise running activities and news in different states [source: Road Runners Club of America].

Clubs have a variety of focuses. Some concentrate more on training, others more on the social aspect of running -- some even focus on philanthropy, throwing benefits and hosting galas year-round. The particular group's mission statement (which is usually posted on the club's Web site) can help when you're choosing which club to join.

It's all about finding the right fit for you. Once you join, you'll be ready to participate in running club activities -- a few of which we'll look at on the next page. 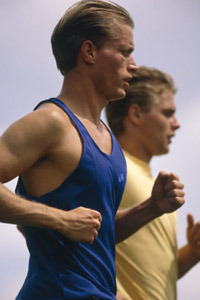 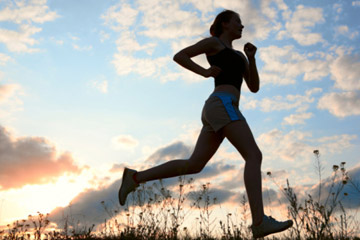 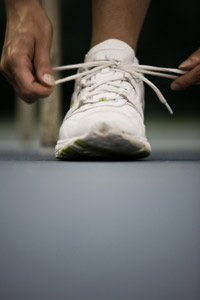 It can be more fun to lace 'em up when you know friends are waiting.
Jupiterimages/Getty Images/Photos.com

There are many reasons to form your own running club. Perhaps your local running club meets at times and locations that aren't convenient for you or, as previously mentioned, the club may have goals that are completely different than yours. But before you go it alone, consider the possibility of partnering with the established organization in your area to create a separate off-shoot of runners. Think of it as a new department within a larger company -- a department that functions independently, yet still receives guidance and support from the existing operation.

If you do decide to start your own club, simply recruit some friends or colleagues and build an informal group. You can create a Web site or use social media tools like Meetups to communicate with members. If you find that your club has grown to include more than a couple dozen runners, there are liability issues you'll need to be aware of. One of the objectives of the Road Runners Club of America is to assist people who want to form running groups. It can provide general liability insurance and expertise as your club expands [source: Road Runners Club of America].

Recruiting new members can be achieved by placing flyers in local running stores, posting physical or online invitations at your workplace, or by reaching out to local athletic leaders like track and cross-country coaches at nearby colleges. Churches or philanthropic groups may also have members who share your love of running. Contact their organizers about ways you can partner.

For lots more information about running and exercise, continue on to the next page.

Does strength training help your heart and lungs?
How Leg Workouts for Runners Work
How to Breathe When Running