What Is Pilates, Anyway?

The Pilates workout is a series of controlled movements designed to strengthen muscles -- with an emphasis on the body's core. It was developed by Joseph Pilates, a German of Greek ancestry who came to the United States before World War II. The popularity of his methods spread gradually, finally hitting the mainstream in the 1990s.

Pilates believed that the key to good fitness was to use precise, controlled movements using the body's own weight as natural resistance (he later invented several machines for Pilates training). His exercises focus on breath control, concentration on the overall movements required and the proper alignment of the body. The meditation needed to do Pilates correctly represented his belief in the connection between physical and mental health.

There are a lot of similarities between Pilates and yoga. They share some movements, as well as the focus on breathing and control. However, their origins are very different.

Although both exercises can be performed on mats, Pilates isn't a form of yoga. You need no other special equipment. There are some more advanced Pilates routines that use a resistance spring or special table, but runners can try Pilates without buying any expensive gear.

Most Pilates exercises involve holding a body part in a particular position while you control your breathing. For example, you might lie on your side and raise your top leg several inches up. This exercises both the muscles that lift the leg, the muscles that stabilize the rest of the body and the muscles required for controlled breathing.

We talked to several runners to see how Pilates had helped them train and prevent injuries. Find out what they had to say in the next section. 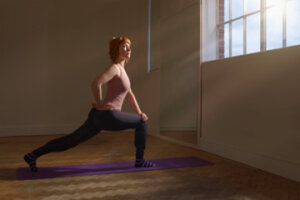 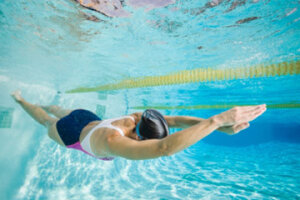 How Swim Workouts for Runners Work 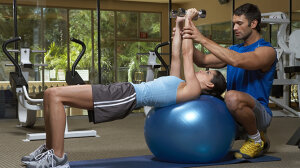 Does strength training help your heart and lungs?