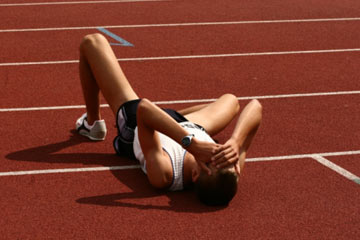 All in all, he's just another brick in the wall. But if he follows the tips offered here, he'll be finishing the race in style next time.
Hemera/Thinkstock

Stories of marathoners hitting the wall conjure up images of an ominous structure that appears out of nowhere, as if by some unforeseen and certainly not benevolent power. Countless numbers of runners can attest to the existence of the invisible obstacle and to its humbling potential,.

Hitting the wall, at its core, could just as aptly be called glycogen depletion onset. It's less graphic, but more scientifically accurate. Glycogen is a variety of glucose that the body stores to produce energy. Think of it as the fuel for your body's engine. Your muscles need it, and your brain thrives on it. Unfortunately, there is a limited supply of glycogen that your muscles and liver can stockpile -- about 2,000 calories to be exact. [sources: Latta, Galloway]

The average runner burns approximately 100 calories per mile. It's no coincidence that many endurance athletes describe hitting the wall at the 20-mile mark of the marathon. That's the point at which 2,000 calories of glycogen fuel have been exhausted, resulting in an overwhelming feeling of heaviness in the legs, a lack of concentration and even feelings of outright despair. [source: Latta]

But the wall is not an unavoidable obstacle. It is entirely possible, and in fact likely, that a properly trained marathoner who has strategized and races intelligently can cross the finish line without even glimpsing the mythical beast.

In this article we'll tell you how you can avoid hitting the wall and give you tips for getting past it if you do encounter it on your way to 26.2. 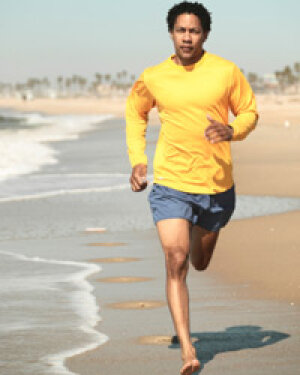 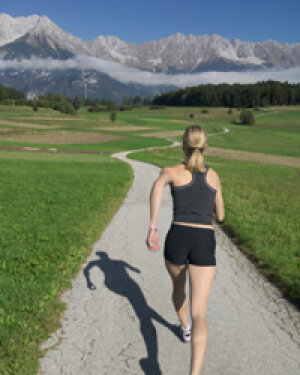