Making the Most of the C25K 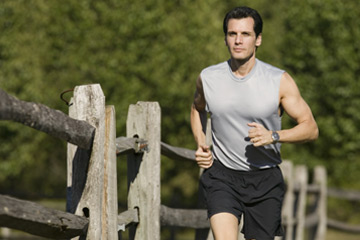 After a few weeks on the C25K Running Plan, you may notice how running relieves stress and improves your mood and confidence level.
Comstock/Thinkstock

Perhaps one of the main reasons people give up on a new exercise routine and return to the sofa is that they push themselves too hard, too soon. Their bodies rebel and they quit. The C25K plan understands the couch potato lifestyle and works to ease new runners past their initial discomfort and boredom to the point where they actually look forward to their workout.

To prevent dropouts, the plan discourages skipping ahead and encourages those who aren't ready to move on to repeat a week. The C25K plan works to keep new runners engaged so they can build strength and endurance. Once your muscles and bones become stronger and your stamina increases, you can work on speed.

While inexperienced runners shouldn't deviate from the C25K plan, you can help change your lifestyle and improve your overall health with a number of plan supplements:

People who successfully complete the C25K tend to continue running at the prescribed pace or ramp up their workout. Either option proves to former couch potatoes that they can accomplish seemingly impossible goals. If you can get in shape, boost your self-confidence and keep the motivation to get off the couch and move, who knows what you'll do next.

There's An App for That

With the Couch-to-5K Running Plan, keeping track of how far or how long you've run can be difficult unless you're using a treadmill that displays time and distance. Now there is an application available for the iPod and iPhone that can manage your workout from start to finish. Not only does the app provide audio and visual cues and track your progress, it also allows your playlists to run in the background. When you finish each workout, it even gives you the option to tell your friends on Twitter or Facebook [source: Kwok and Searles].