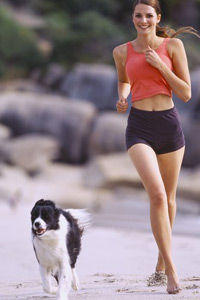 Running barefoot on the beach is fairly common, but humans have run without shoes elsewhere for centuries.
Stockbyte/Thinkstock

A curious tradition takes place every year outside an inn in the Welch town of Llanwrtyd Wells. To test a hunch that people can outrun much faster animals over long distances, the innkeeper hosts the annual "Man versus Horse Marathon." Hundreds of distance runners and dozens of mounted riders traverse over 22 miles of tough, hilly trails to see which species emerges victorious. In 2004, man actually bested the horses for the first time.

Such an outcome bears out the theories of paleoanthropologist Daniel Lieberman and biologist Dennis Bramble, who are researching the theory that humans have adapted to running long distances. Human bodies sport a large number of sweat glands. They have very little hair, though, which allows for the quick dissipation of heat. Humans also have Achilles tendons, long necks, large knee joints and a comparatively gigantic gluteus maxiumus. Though faster, animals without these features tend to overheat and tire over longer distances. Lieberman and Bramble believe that humans may have evolved specific distance running traits in order to chase faster prey past the point of exhaustion [source: Chen].

There are competing theories -- for instance, other researchers point out the fact that well developed gluteus muscles would also be essential for squatting and foraging) -- however, even skeptics acknowledge that the Lieberman-Bramble theory is solid [source: Chen]. Barefoot running advocate Christopher McDougall cites Lieberman's research as evidence that humans are not only fine-tuned endurance running machines, but that for thousands of years people did their distance running barefoot or in the most minimal footwear. Why spend hundreds of dollars on fancy running shoes, McDougall argues, when running barefoot gets the job done and may even minimize running-related injury?

Though barefoot running may seem faddish or far-fetched to a lot of people, there's actually no evidence to support the popular idea that fancy stability or motion-control shoes reduce the rate of injury. In the next section, we talk about the mechanics of bare feet versus feet in footwear. 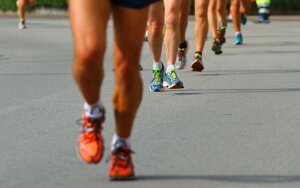 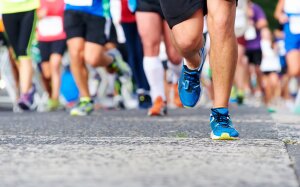 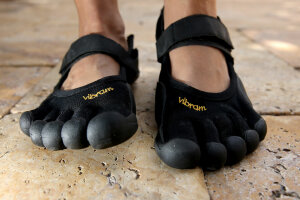