Is running marathons your favorite way to stay in shape? Well, according to a new study, your body — at least your kidneys — may not be running like clockwork.

Research recently published in the American Journal of Kidney Diseases shows that more than 80 percent of participating marathon runners who crossed the finish line in Connecticut's 2015 Hartford Marathon showed early stages of acute kidney injury (AKI), which causes symptoms like nausea, dehydration and high blood pressure and can be fatal.

The kidneys filter blood, produce urine and create hormones that keep blood pressure and bone strength in check. AKI, usually caused by reduced blood flow to the kidneys, makes waste products like salt and chemicals in the blood build up, disrupting the balance of fluids in your body. If kidneys are physically stressed (like after the intensity of running 26.2 miles, or 42 kilometers), kidney function can rapidly decrease in as little as a few hours to a few days.

Normal wear and tear on body muscles forms the waste product creatinine. But unusually high blood levels of creatinine and less urination can indicate decreased kidney function. The researchers checked specialized creatinine and urine levels from the runners 24 hours before the marathon, immediately after completing the race and 24 hours post-marathon. For 82 percent of the runners in the study, creatinine blood levels increased equivalent to AKI stages 1 and 2, defined by the Acute Kidney Injury Network as an increase of up to three times a person's baseline amount. And 73 percent of the runners had tubular injury, damage to structures inside the kidneys that can cause acute kidney failure.

This study is just the starting line, so don't let the stats run you away. While more than 1,900 runners crossed Hartford Marathon's finish line, only 22 marathoners (average age 44, and 9 percent men) were included in the research.

It's possible that marathoners get AKI because of high body temperatures and dehydration. But the signals of AKI present in the tested runners disappeared after two days. So, before you go tossing out your running sneakers, keep in mind that there's much more research that needs to be done before we declare runners at risk of kidney disease.

Now That's Cool
Competitors in the World Marathon Challenge complete a marathon on each continent in seven days.

How England Broke off From Mainland Europe 450,000 Years Ago 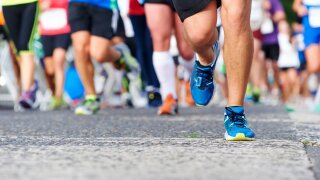 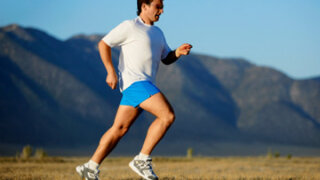 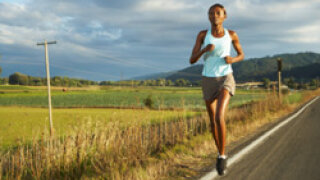