What should I eat before a distance race? 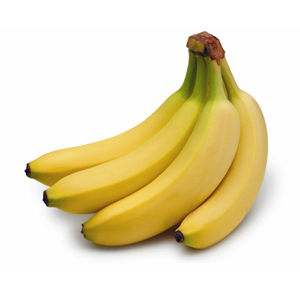 © iStockphoto.com/DNY59
Bananas are a good choice to eat the morning of a race. They rank as a 54 on the glycemic index.

How important is diet for a distance runner? The quick answer is, it's vital. What you eat will dictate how well you perform. You can run and train all you want, but if you don't eat properly, you won't be able to maximize your performance. This is true in every aspect of preparing for a distance race, even before the starter's pistol fires on race day.

Running burns a lot of fuel -- runners may have 1,800 carbohydrate-based calories in their system at the beginning of a race [source: Morris]. But the most important aspect to a runner's diet is figuring out what to eat, when to eat and how much.

A general rule of thumb says a runner's diet should consist of between 65 and 70 percent calories from carbohydrates [source: Morris]. When preparing for a distance race, you should eat according to how much you train and run. Consuming more carbohydrates than you burn will add excessive weight. So what runners tend to do is taper their carbohydrate intake the week leading up to the race. Depending on fitness level, runners tend to burn around 110 calories per mile [source: Morris]. By tapering your diet, you'll increase the amount of carbohydrates the body can store.

On race day, eat a light meal low on the GI. You want to make sure you have the fuel to make it through the race. Loading up on high-GI foods will hurt you in the end. High GI foods lower your blood glucose level. When this happens, you'll use the glycogen -- stored carbohydrate energy produced by your liver -- in muscles earlier in the race than you should. In other words, you'll be using your fuel early on and once you're out of gas, you hit "the wall" and your race is essentially over.

Foods fall into one of three GI categories: High (above 70), medium (56-69) and low (55 and under) [source: Glycemic Index Foundation]. Foods to consider on race morning:

You can plan your own meal using this glycemic index.

One last thing to consider: Don't get crazy with what you eat. In other words, don't try sushi or Kung Pao shrimp for the first time the night before your race. Eat foods to which your stomach is accustomed. It's smart to eat a pre-race meal before each training run and stick to that on race morning, too. That way your body will respond consistently and you'll keep running on the course instead of to a porta-potty.

Don't run away! Make sure to peruse related exercise and health articles found in the next section.