Why Overtraining in Running Happens

Many runners have a personality and an attitude toward their sport that can push them to overtrain. Here are a few of the factors that often lead to overtraining:

Doctors are not sure of the exact causes of overtraining syndrome, but it's usually connected to steady, hard training without enough time to recover. One of the most common mistakes that leads to OTS is a rapid increase in workout intensity or volume. If you start running farther or harder without adequate preparation, you become a prime candidate for OTS. A common rule of thumb is to never increase your training mileage by more than 10 percent in one week [source: Hadfield].

Another factor in overtraining is too much anaerobic training. The intense, short-term effort that runners put out during interval training (running shorter distances at faster times) is great for building strength and speed. But too much of it can lead to overtraining [source: Taylor].

Poor nutrition can also play a role in overtraining. Some runners, especially those who are conscious of their weight, tend to eat too little. You need to replenish the calories you burn during workouts. One rule is to aim for 60 percent of calories from complex carbohydrates, 25 percent from fat and 15 percent from protein [source: American Running Association].

Finally, a lack of enough rest or sleep can be an important contributor to overtraining. You rise early to get in your morning run, you lead a busy day at work and you don't get to bed until late. Over time, you build up a sleep deficit that contributes to OTS even if you haven't increased your training intensity.

Move on to the next page to learn the symptoms of overtraining.

Running is part of your life, and the stresses you experience -- job challenges or family difficulties, for example -- can affect your training. At times when you're especially busy, you may have to scale back your training in order to avoid burning out. When you're training hard, try to limit your life stresses. It might be something as simple as letting your spouse take the kids to the movies so you can get some extra rest [source: Meehan]. 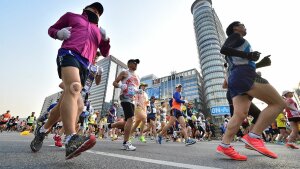 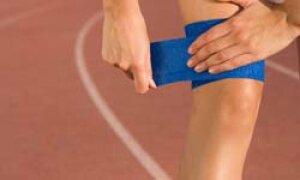 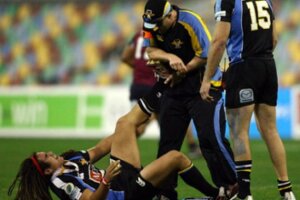