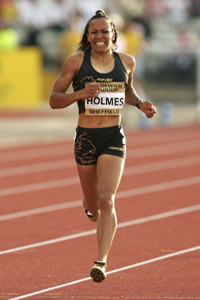 When you're running, you can take up to 200 strides every minute [source: Sundquist]. Each stride makes an impact that sends forceful energy through your feet, ankles, shins, calves and knees. The force is transmitted to your hips, and even to your abdomen and lower back. Eventually, all those impacts will inevitably cause some pain. For serious runners, running pain is unavoidable; beginning or recreational runners have their own pain issues to deal with.

You can't just "run through" the pain, though. The key to managing it is knowing the difference between a temporary ache, pain serious enough to employ ice and compression, and something that requires a doctor's visit. More importantly, what can a runner do to minimize running pain and avoid the worst running injuries? We'll take a look at the 10 most common causes of running pain and how to deal with them.

Contrary to popular belief, lactic acid is not a waste product that "builds up" in the muscles during vigorous exercise, leading to fatigue and stiff, sore muscles. This is a distorted and inaccurate version of the real story.

In truth, the pain comes from a substance called lactate that's involved in muscle function (lactic acid is a different chemical compound that doesn't come into play). Rather than a waste product, lactate is an important step in the production of the energy needed to fuel the muscle. The breakdown of glucose to produce energy creates an acid called pyruvate. Pyruvate eventually turns into lactate, most of which is converted into energy. The rest turns into glycogen, another key element in the muscle-building process.

Problems occur when you exercise a lot and produce too much pyruvate (and lactate) for the body to convert quickly enough [source: Morris]. No one is entirely sure how this causes muscle fatigue during exercise, though one common theory suggests that hydrogen ions released into the bloodstream increase the acidity and leads to fatigue. One thing we do know: Lactate doesn't cause post-exercise soreness. That comes from the muscle damage that naturally results from intense workouts. 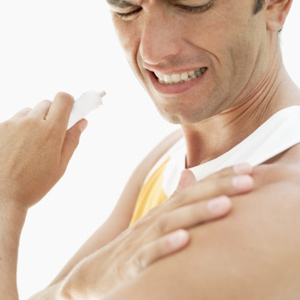 Muscle soreness is common, but sometimes it can be prolonged and severe.
Stockbyte/Getty Images

Everyone gets sore when they exercise. The pain you usually feel the next day comes from microscopic tears in the muscle fiber. The rebuilding of that muscle damage creates larger, stronger muscles. In other words, the soreness isn't just normal -- it's necessary.

Sometimes, however, the soreness seems especially severe and lasts for days. That's probably delayed onset muscle soreness (DOMS). It can be quite uncomfortable, but isn't a serious problem. In fact, it's caused by the same factors as regular soreness -- only worse. It usually happens when you perform new exercises at relatively high intensity, so it tends to hit beginners especially hard. Muscles build up resistance to DOMS with multiple sessions [source: Sarnataro].

Rookie runners who can't shake the burn after a day or two can try some massages or light exercise. Some runners suggest just running some more; that might suppress discomfort and help muscles build up resistance more quickly.

Plantar fasciitis is a condition that many often associate with middle age, but certain hobbies -- like running -- can lead to this debilitating heel pain showing up much earlier in life.

The condition usually shows up as a serious, sharp pain at the heel. It's most severe first thing in the morning but improves throughout the day. Spending long periods standing or sitting in one place can also aggravate it.

The underlying cause is too much stress on the connective tissue (and possibly a nearby muscle) that runs from the heel along the bottom of your foot. Surgery can fix it, but most runners can avoid or remediate the problem by wearing properly supportive running shoes and using shoe inserts made for this purpose [source: Mayo Clinic]. In the short term, rest, foot and calf stretches, and anti-inflammatory medicine can help. 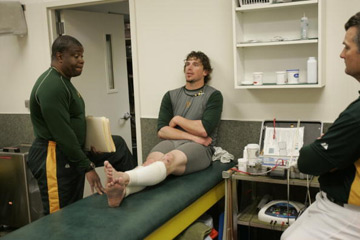 Outfielder Travis Buck of the Oakland Athletics receives treatment for his shin splints at the team's clubhouse before a 2008 game.
Michael Zagaris/Getty Images

Shin splints describes a painful condition in which either the shin bone, the connective tissues alongside the shin (or both) suffer damage from running. If the pain only affects the bone and is sharp and severe in one particular location, the problem is probably a hairline fracture of the tibia. The only real solution is to rest until the fracture heals.

Doctors don't fully understand what causes shin splints that affect muscles and connective tissues. The muscles could be inflamed and are pressing against the muscle sheath. Some sports medicine experts suspect that the connective tissue and muscle sheath can slowly tear away from the tibia. In any case, the tearing damages tissues and it can cause pain severe enough to keep even the most dedicated runners off their feet.

Resolving shin splints requires a certain amount of rest, along with frequent icing and elevation to reduce inflammation. Stretching the calves, shin muscles and ligaments also helps. Orthotic shoe inserts may keep shin splints from developing. Overweight runners with shin splints could try shedding some pounds to alleviate the problem.

Blisters are the bane of runners' and hikers' existence. They form by initially developing a tender red "hot spot," which will eventually become a blister. If you don't stop and deal with the problem then, it will rupture and the tender skin beneath will be rubbed raw. Such a seemingly minor spot of skin irritation can be incredibly painful and will bring your run to a halt.

The best way to avoid blisters is to have shoes that fit properly, allowing about a thumb's width of extra space in the toe box. Wearing new running shoes around the office for a few days can break them in and make them less likely to cause blisters when you hit the track or trail.

Sometimes, a blister starts to form no matter what kind of shoes you're wearing. The solution is to protect the blistering area with moleskin or duct tape -- in a pinch, any kind of makeshift barrier will work for a little while. You can also reduce friction with petroleum jelly or special runner's balms.

Once you have a blister, pierce it with a sterile needle, then keep it covered and clean. A dab of antibacterial ointment should help the healing process. 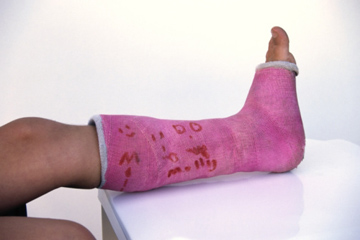 The best way to avoid a stress fracture is to get off your feet if you think you're injured.
Russell Illig/Getty Images

A stress fracture is a small break in a bone caused not by trauma, but by the repeated application of forces during exercise. The forces could come from running impacts, or from muscles and tendons pulling hard on the bone. Left untreated, the bone can break completely.

Sports doctors have found that bone shape, bone density, muscle condition and shoe condition can all play a role in stress fracture risk. Beginning athletes bear the most risk, and female athletes are at higher risk than men. The tibia is the most common runner's stress fracture [source: Lovett].

It can be difficult to avoid a stress fracture since they're rare and can be caused by many things. The most important thing to do is stop running as soon as you suspect a stress fracture; runners describe it as a deep pain that worsens throughout a run, usually at a very tender place on the bone. You should end your run immediately, take a day off of training and try different shoes -- you don't want a minor stress fracture to get worse.

Your joints are full of connective tissues and lubricating fluids to keep them swinging smoothly. One of the key cushioning agents is the bursae, which are small fluid sacs that absorb shocks and keep bones from rubbing up against each other. Repetitive movements like long-distance running can put too much strain on the bursae. They can become painfully inflamed, a condition known as bursitis. The symptomatic feeling is stiff, achy joints that may be visibly red or swollen.

Runners are most susceptible to bursitis in the hips, knees and heels (baseball pitchers and football quarterbacks tend to get it in their shoulders). In some cases, the bursa sac can be punctured, which can lead to infection and a more serious condition known as septic bursitis. 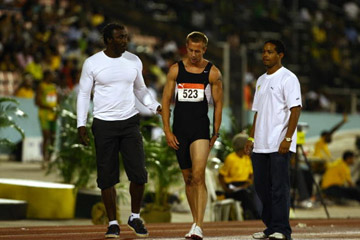 Tears, pulls and strains all describe muscle damage -- they're more or less the same injury. They can result from muscles that haven't been stretched or warmed up properly, overuse of the muscle by a repetitive motion, or a sudden, powerful motion (such as jumping or even exploding out of the starting blocks in sprints).

A muscle injury shows up as a sudden pain in the middle of the run that doesn't go away and keeps you from using that muscle effectively. Later, it will become swollen, painful and possibly discolored.

The treatment is similar to many runners' injuries: rest, ice, compression, elevation -- a regimen often known as R.I.C.E. It is important to rehab damaged muscles with light exercise, heat and deep muscle massage to prevent scar tissue formation within the muscle [source: Anderson].

A lot of tendons, which are connective tissues that anchor muscles to bones, come into play when you're running. Tendons in your hips, knees, ankles and feet are all potential places where a runner might suffer from tendinitis.

Tendinitis occurs when the tendon becomes inflamed or damaged from overuse. Tennis elbow, for example, is a form of tendinitis. Runners can have particular difficulty with Achilles' tendinitis.

While tendinitis treatments resemble that of other sports injuries (R.I.C.E.), this therapy method can be troublesome because the pain comes on gradually over the course of days or weeks. The runner may not realize the problem is tendinitis until it's become quite severe -- visibly swollen, with the joint almost unusable due to the pain. It's easier to treat when caught early, so caution is the best way to avoid making it worse. 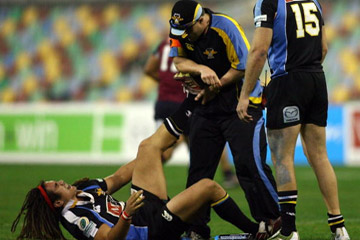 Muscle cramps can be excruciating. The muscle clenches relentlessly -- and even if it only lasts a few seconds, it feels like the worst pain you've ever had. Fortunately, they don't lead to serious injuries (although you might experience some muscle soreness the next day). Unfortunately, no one really knows what causes them or how to prevent them.

Many believe that dehydration leads to cramping, but that isn't really the case. Studies have shown that hydration isn't the underlying issue, although it might be an electrolyte imbalance, in which case drinking electrolytic sports drinks could help [source: Kolata]. It might be nerve misfiring due to muscle fatigue, which would be preventable by eating enough carbs. Some cramp sufferers have found relief with deep muscle massage.

There are some medical conditions that show up as muscle cramps, so if you have frequent cramps that you can't get rid of, you should see a doctor. 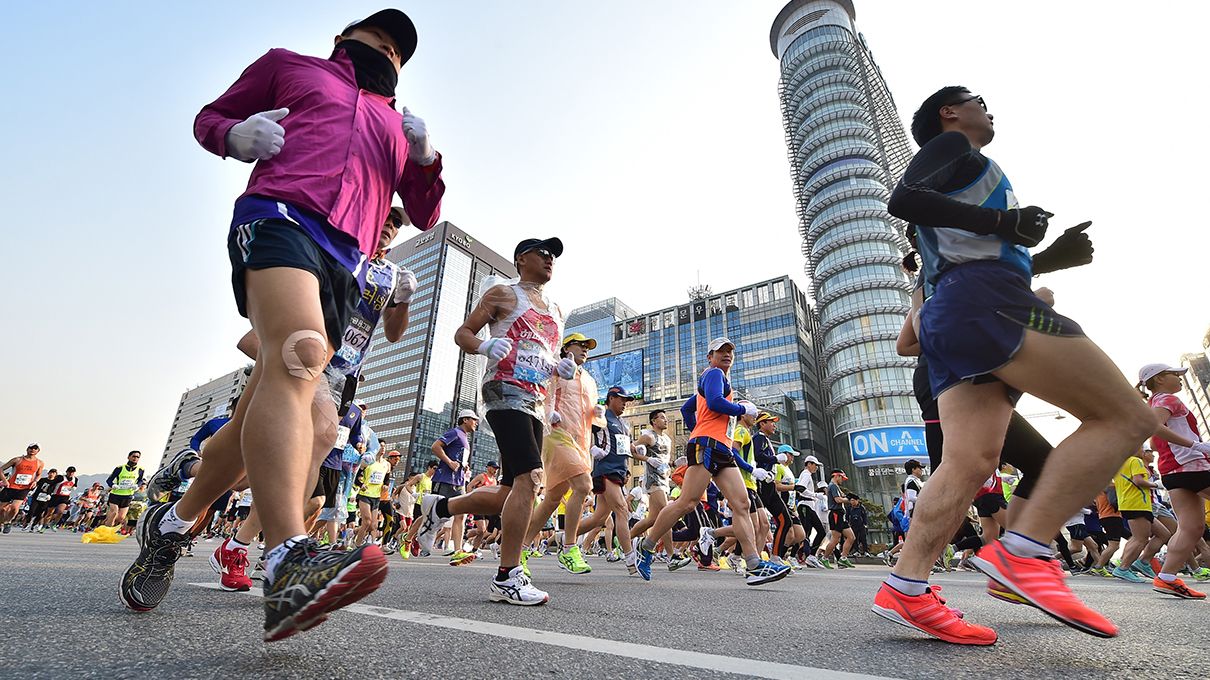 Marathon runners may be prone to acute kidney injury, a condition that can cause swelling, pain and even seizures. Learn more at HowStuffWorks.