How the Rome Marathon Works 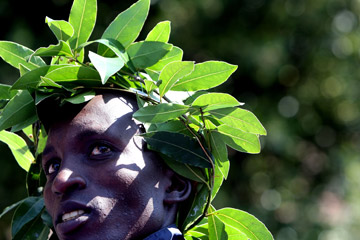 A marathon is a battle. So, what better place to begin the momentous struggle than outside the Roman Colosseum itself? The massive structure has remained standing for nearly 2,000 years -- a reassuring fact while you ponder whether you can stay upright for 26.2 miles.

From the Colosseum, runners continue on to notable landmarks like the Spanish Steps, Trevi Fountain and the Vatican. While the course is relatively flat, it's not without challenges. Many of the city streets are narrow, which can cause congestion for mid-pack to back-of-the-pack marathoners. And unlike some of the newer roads in the United States, many of the streets in Rome are cobblestone, creating an uneven running surface. But it wasn't the bumps that created problems in the early years of the Rome Marathon; it was the course measurement. In 1982, 1990 and 1995 the route turned out to be short of the standard 26.2 miles by 120 meters, 67 meters and 700 meters respectively [source: Association of Road Racing Statisticians].

To keep fueled on this race route, there is no shortage of caffeine available. There are "more cappuccino stands per mile than any other marathon," says Runner's World's Yasso. "I know -- I stopped at most of them [source: Yasso]."

If you depend on large, adoring crowds to keep your energy high, this may not be the best marathon for you. Cheering spectators are in short supply, at least in comparison to some of the bigger international marathons available to runners. The city's residents are more concerned with going about their daily activities than with cheering on marathoners. Inspiration will have to come from centuries-old landmarks, your fellow competitors and from within [source: Marathon Guide].