by Jill Jaracz
NEXT PAGE 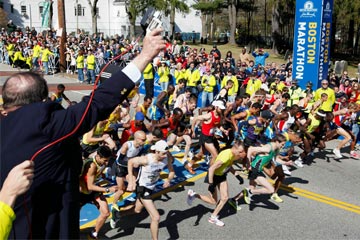 Running comes naturally to most people, but marathon runners know differently. Nearly two hours into the Boston Marathon, the runners' approach to Heartbreak Hill lets them know that marathon running is every bit as challenging as they thought. Cheering crowds -- and a likely endorphin rush, the runner's high -- help them conquer this seemingly endless obstacle and push forward toward Boston. That's if they can avoid hitting the wall (losing energy) while running miles 21 through 25. If they make it up Heartbreak Hill, marathon participants will soon become finishers.

The Boston Marathon is the granddaddy of marathon running events. This 26.2-mile (42.195-kilometer) run is the world's oldest annually contested marathon. It began when Boston Athletic Association member John Graham decided to organize a marathon in his city after experiencing the marathon at the first modern Olympic Games in 1896. The first Boston Marathon took place on Patriots' Day, April 19, 1897. It's since been held on this Massachusetts state holiday that marks the beginning of the American Revolution.

While some people may think 26.2 miles is way too long for a run, the marathon has actually grown in popularity. Some people consider it one of life's ultimate challenges. Others run it to raise money for charity. Hundreds of thousands of people participate in marathons every year, with nearly half a million people finishing one in 2009.

As one of the five marathons in the World Marathon Majors, the Boston Marathon is one of the premiere marathon races in the world. Say all you want about its grand history and its hills, people really want to run the Boston Marathon because of its difficult qualifying requirements. That's right. Not only is the field limited to 25,000, but you must first qualify before registering.

Read on to learn how you can qualify for the Boston Marathon. 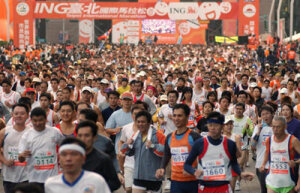 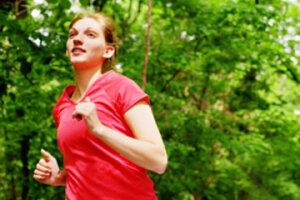 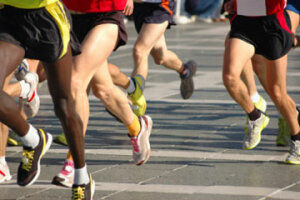