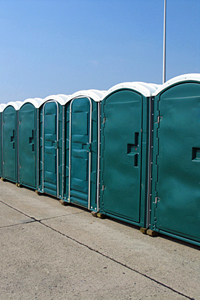 Yes, people have been known to dress up like portable bathrooms to run in the Bayou City Classic 10K.
iStockphoto/Thinkstock

Nothing, perhaps, if you're near City Hall in Houston on the right day in March each year.

The HEB Bayou City Classic 10K Run and Walk is part road race, part costume party. Since its inception as the Bayou City Fun Run, runners have adorned wild-looking getups that, according to some reports, included a runner dressed as a gorilla carrying a man in a cage. It's Halloween in March minus the candy.

Have you ever seen one of those Chinese dragon costumes? You know, the ones that take four or five people to wear because they're so long? You're bound to see something like that, too. Centipede teams consisting of at least six runners compete in a category of their own [source: Bayou City Classic]. Competing as a group is one thing, but in order for a centipede team to be scored as such, each of the six or more runners must be attached in some way, forcing them to at least consider some prerace training and strategy.

Of course, plenty of runners show up with intentions of winning the race, too. Distance running is a popular sport that many people take seriously. But unlike a marathon, which is 26.2 miles (42.2 kilometers) long, 10Ks are more appealing to the masses. And they're easier to run in a blue gorilla suit, especially in March when the heat and humidity have yet to lay waste to the city. And that's what makes the Bayou City Classic so unique. You never know what you'll see.

Anyone can participate. Registration is between $23 and $30 depending on when you sign up. Unlike some marathons with 70,000 applicants and 30,000 runners, the Bayou City Classic doesn't have a waiting , and there aren't so many people that you run over each other. About 3,000 people turn out for the race.

There are 10K races in many major cities, and for each, the course plays a big part in why people choose to take part in a particular event.. In the next section, we'll take a look at the route runners cover, and we'll get into more of the costume stuff a bit later. 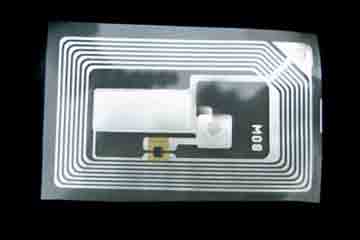 Radio frequency identification (RFID) tags are used for many purposes, including to automatically start and stop the timer for each runner at the Bayou City Classic 10K.
Hemera/Thinkstock

At 10 kilometers (6.2 miles), the Bayou City Classic isn't long enough to wind through Houston like a New York or Boston Marathon does. That's not to say the course isn't scenic. And because it's relatively flat, it's fast.

Everyone starts at the intersection of McKinney Street and Louisiana Street with wheelchairs going off first at 7:50 a.m. Everyone else starts at 8 a.m. At the crack of the starting gun, competitors head up Louisiana Street toward Franklin Street, then hang a left toward Bagby Street [source: Bayou City Classic]. The course turns left on Bagby then heads past the Houston Downtown Aquarium toward Memorial Drive. From there, participants hang a right on Memorial Drive and head under the Interstate 45 overpass on their way out to South Shepherd Drive. This is the longest stretch of the course -- approximately 3.5 kilometers (2.2 miles) each way.

While on Memorial Drive, the course passes several landmarks including Glenwood Cemetery, Sabine, Cleveland and Spotts Park, and Buffalo Bayou. South Shepherd Drive marks the midway point. The course then does a U-turn and heads back in the opposite lane of Memorial Drive toward where it started. After passing back under the I-45 overpass, the course hits Bagby again, where it veers right for three blocks before turning left on Walker Street to the finish near City Hall.

Along the route, participants can hit up one of several strategically placed water and Powerade stations. Additionally, the course is certified by USA Track & Field's Road Technical Council [source: Bayou City Classic].

Scoring is handled via a D-Tag attached to each participant's shoe. A D-Tag is a lightweight plastic band that resembles identification bands you'd get on your wrist during a hospital visit. D-Tags integrate a small disposable radio frequency identification (RFID) chip that contains specific information for each entrant. Participants are given their D-Tags after registration to record the times at which they cross the starting and finishing lines. The D-Tag information validates scoring for each runner.

A post-race party and awards ceremony kicks off at 9:30 a.m., but participants are given 2 hours and 30 minutes to finish the race. So each mile of the course has a 24-minute time limit, and once that passes, it's reopened to traffic.

That's the gist of the course. Now let's take a look at some of the awards and prizes given to participants after each race. This is where the fun begins. 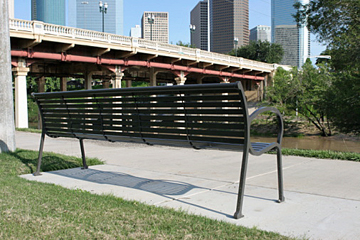