If you'd like to learn about events similar to the Twilight 5K and Criterium or know more about training for a 5K, we have lots more information below. 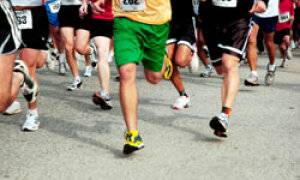