Over the last 20 years, race runners' finish times have been steadily getting slower. What's the deal? FatCamera/Vetta/Getty Images

Hey, did you hear about the race between the lettuce and the tomato? The lettuce was ahead and the tomato was trying to ketchup! OK, that joke may be running on empty, but new stats drawn from nearly 24.8 million American race results are no laughing matter. Based on data collected from 1996–2016, American runners who finished marathons, half-marathons, 5K races and 10K races are becoming slowpokes.

Researchers Ivanka Andreva Nikolova, who holds a doctorate in mathematical analysis, and Jens Jakob Andersen, a former competitive runner and statistician from Copenhagen Business School, evaluated the finish times of runners in thousands of U.S. races where the average number of race finishers exceeded 2,000. They published their analysis on RunRepeat.com, a site that reviews running shoes.

The researchers found that 2016 was a record-setting year, with average race finishing times the slowest in history. The only runners not getting slower are the crème de la crème, the elite runners, who were excluded from the analysis.

Marathon finish times have been increasing for decades, as this graph shows. The trend is the same for the 5K, 10K and half-marathon.
RunRepeat.com

The authors claim the analysis is the most comprehensive study of running race results in history. They even rebut some of the preconceived notions about why finish times are on the rise. For instance, female runners are naturally slower than men, and more women are participating in races, which could bring average finish times up. But that argument doesn't hold up, because the study shows that males are becoming slower at a quicker rate than the increase of female participants. In fact, the researchers say in the analysis, if this trend continues, men and women will be running at the same pace by the year 2045 — although that's not likely.

More folks walking a race could also increase average finishing times. But the researchers show that if the average walking pace is 19.5 minutes per mile, the proportion of slow runners finishing with a walking time or slower has been consistent over the years. So, even if more newbie Nancies and less-fit Lesters are walking, they aren't contributing to the high finishing times.

And then there's the idea that slow runners are slowing down even more. After studying the average finishing times for the 100th, 1,000th, 2,000th and 5,000th competitors, the authors concluded that everyone is slowing down at similar trends. Over the last 17 years, the fastest female runners have slowed down by 9.87 percent, and the fastest men's finishing times have increased by 9.94 percent. However, the speed of the slow participants is decreasing at a higher rate than that of the faster participants: In that same period, the slowest men slowed 21.2 percent, while the slowest women slowed 13.4 percent. So, bucket-listers and newcomers could be partially to blame for the increase in race finishing times.

The slopes of the trends in slowing for the fastest runners (25th percentile) and slowest ones (75th percentile) aren't significantly different, the researchers say in the study.
RunRepeat.com

But another factor might be the main culprit: the declining health of Americans. Since the researchers aimed to find out how health influences running performance, they culled data on adult and teenage obesity, diabetes, hypertension, and average yearly medical expenses from the Centers for Disease Control and Prevention's 2016 State of Obesity report. Based on the correlations the study authors found between poor health and decreased running speed, they surmised that packed-on pounds and other health issues may be the meat and potatoes of runners' slowdown.

But the researchers point out that this study cannot emphatically support this reasoning, since runners' medical data was not captured. Until additional research offers a causal explanation, we'll just have to let the numbers run the course.

Shelley Danzy "From the 5K to the Marathon, American Runners Are Slowing Down" 20 July 2017.
HowStuffWorks.com. <https://adventure.howstuffworks.com/outdoor-activities/running/events/5k-marathon-american-runners-slowing-down.htm> 26 February 2021
Citation 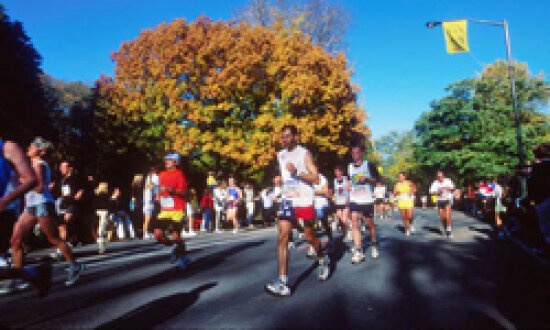 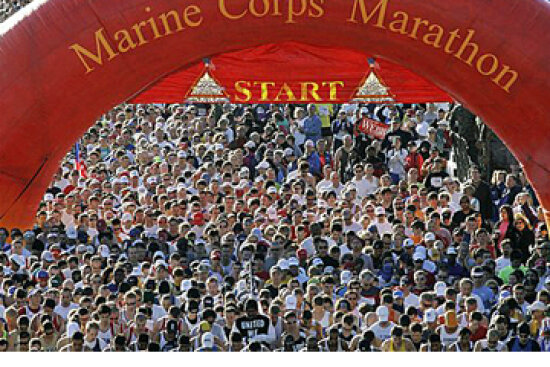 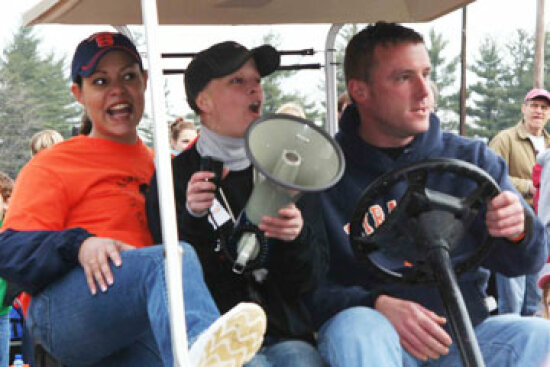