by Christopher Hassiotis Apr 19, 2017
Kathrine Switzer became an icon for athletes and women due not just to her running ability, but an incident during the 1967 Boston Marathon. Bettmann/Getty Images

In most major metropolitan areas in the United States today, it's common to see women running as exercise. And in competitive races like 5Ks, half-marathons and marathons drawing hundreds of thousands of female athletes across the globe, nearly half who participate are women. But it's easy here in the early 21st century to forget that that wasn't always the case, and even recently.

The Boston Marathon is one of the most prominent races in the United States. But back in the 1960s, women weren't allowed to compete. In fact, the longest official race that existed for female runners was the 800-meter race in the Olympics, only 1.9 percent of the 42,165 meters that make up a marathon.

But 50 years ago, a 20-year-old runner named Kathrine Switzer broke barriers. On April 19, 1967, she became the first woman to run the Boston Marathon as a numbered, registered participant. And for five more years, there wouldn't be another.

Kathrine Switzer became a television sports commentator, work for which she won an Emmy Award. She also wrote a memoir and books for runners. On April 17, 2017, and at 70 years old, Switzer completed the Boston Marathon again, wearing bib number 261. The Boston Athletic Association announced it would retire the number 261 to honor her.

'If You Need Anything, Let Me Know': What Not to Say to a Friend With Cancer 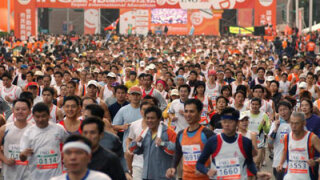 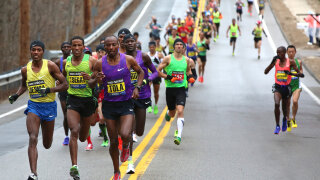 What Was So Terrible About Ivan the Terrible?
July 6, 2020