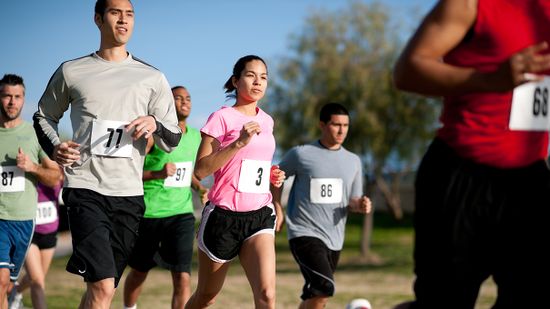 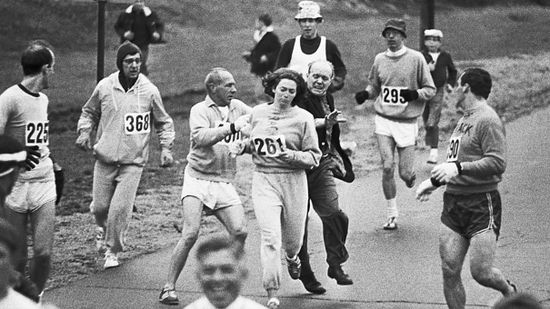 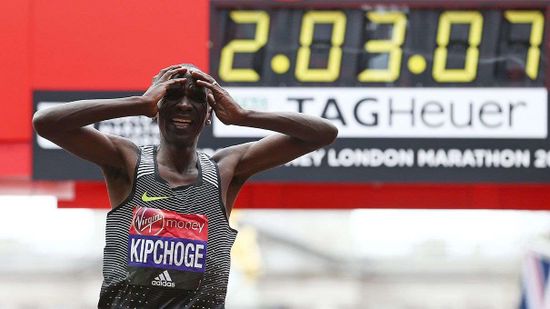 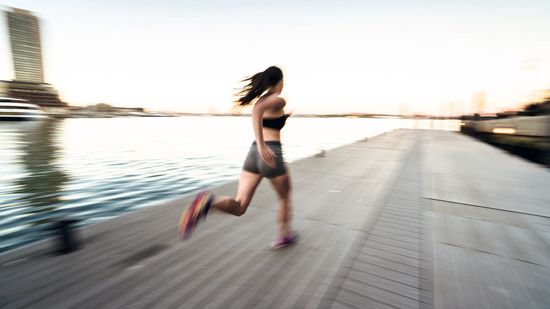 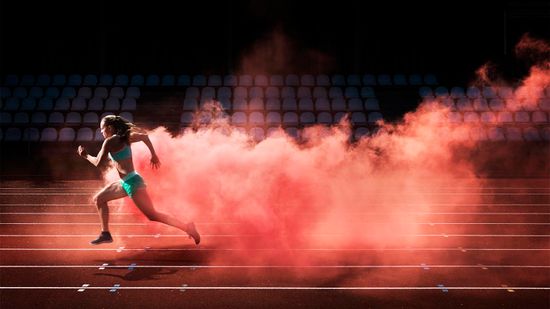 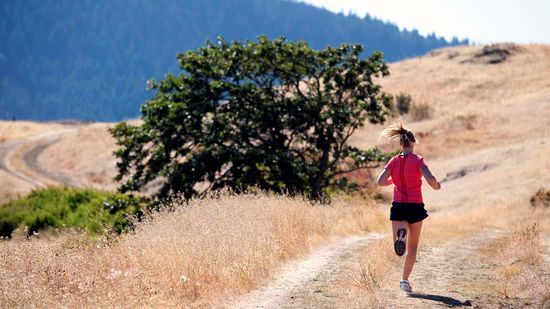 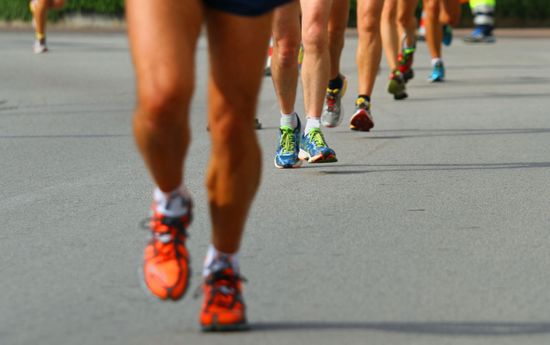 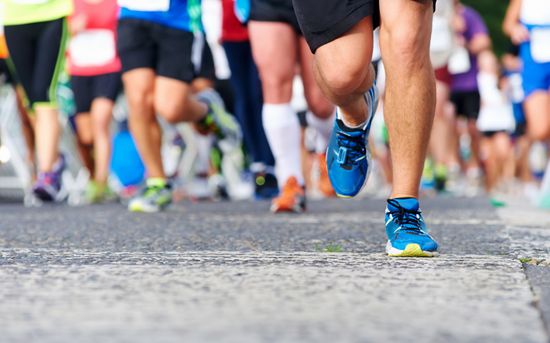 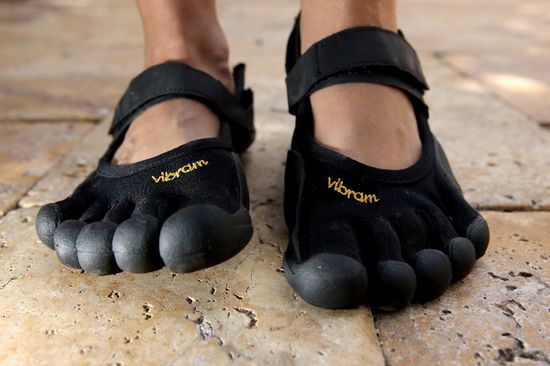 Some runners swear by them, but others not so much. Can wearing minimalist running shoes improve your running — for life? We talked to an Olympic marathoner to find out.

U.S. runners are taking longer than ever to cross the finish line. But why?

The 20-year-old athlete became the first woman to enter the marathon, and officials tried to physically stop her. They couldn't.

People who take on the 26-mile run may be prone to acute kidney injury, a condition that can cause swelling, pain and even seizures.

In the 20th century, Roger Bannister ran the first ever sub-four-minute mile. Will the 21st century see humans running a marathon in under two hours?

You're running or biking, but you're quickly running out of steam. Then suddenly — BAM — you get a rush of energy. What's going on?

Long-distance running is inherently challenging and requires strength and endurance. Try running a 26.2-mile race backward, and you've added even more challenges to the feat!

Barefoot running continues to be debated among runners, but what if you want just a little protection for your tootsies? Scope out your options and find out about barefoot running shoes.

As far as places to go for a walk, Hawaii is a tough one to top. The Honolulu Marathon has no time limit, offers awards in the racewalk category and even features a festive pre-race luau to boot. What are five of the world's best walk-friendly races?

Running 26.2 miles (42.2 kilometers) isn't an option for most people -- many people don't even like driving that far. But for you long-distance runners looking for the ultimate challenge, check out our list of the world's biggest marathons.

You've got your running shorts on, your music playlist queued up, your water bottle filled to the brim -- it's time for a run, right? What's that, no shoes? A small but dedicated group of runners choose to train without footwear. Is barefoot running safe?

Each spring, serious runners from around the world travel to Richmond, Va., for a shot at a personal-best time on the friendly and flat course of the Monument Avenue 10K. But, aside from the actual competition, the event draws thousands of participants and spectators looking to take part in an atmosphere that includes costumes and roadside bands.

As a field, the legal community endures its fair share of lawyer jokes. But it's serious business when the American Heart Association teams up each year with Washington, D.C., attorneys to help raise awareness of stroke and heart disease at the Lawyers Have Heart 10K.

So, you're thinking about running a 5K race. If you've never run one before, those 5 kilometers might seem incredibly daunting. But countless others have done it before, and just a little bit of advice can help you get off of the couch and through the finish line.

For many runners, finishing the 10K is a true landmark. It designates a dramatic improvement over the beginner-length 5K and represents some serious distance. So how do you become race-ready in just a few short months?

We've all read about the positive health benefits of running. But despite articles, statistics and a pair of shoes right by the door, it's hard for some people to get going. There are a few tricks dedicated runners keep up their sleeves in order to stay focused, and they might work for you, too.

Even though we know running is a healthy activity, it's still easy to resist. Luckily, seasoned runners have a bunch of tools for maintaining the inspiration to run.

Proper running form not only helps you comfortably boost your speed and endurance -- it also helps you prevent injuries. What does bad form look like, and how you can avoid it?