Ranching is one of America's most enduring traditions. It conjures up mental pictures of the Wild West, open fields and pastures, grazing cattle and sheep, horses and cowboys around a campfire. But how did ranching begin?

Today's ranches trace their roots to Texas in the 1800s. Because cows and bison were so plentiful, roaming the open plains, cowboys could easily round them up and take them to market. Mexican cowboys -- vaqueros -- ran many cattle ranches during this time. Around the 1830s, American settlers began driving the vaqueros out. The Civil War began in 1861, and many settlers went off to war. Their absence allowed cattle herds to roam free and grow bigger.

On the "open range," great herds of cattle roamed from place to place without borders or fences to keep them in. Ranchers kept track of their cattle through earmarks and, later, brands. When it was time to sell the cattle, cowboys would round them up on horseback and physically herd them to a new location. However, as more and more farmers started raising cattle, vast areas of the open range became overgrazed. By the late 1880s, lack of grazing pastures and bad weather led to a massive drop in cattle numbers.

Wanting to protect their own herds, ranchers and farmers began fencing off their land with barbed wire to keep the cattle from roaming. This way they could keep track of their own cattle and ensure their land didn't become overgrazed. These fenced-in, self-contained ranches became the modern ranches of today.

Modern ranches operate like efficient machines -- miles of fencing, irrigation systems, corrals for holding sheep and cattle, loading chutes and trailers. The cattle drives of yesteryear -- when cowboys would round up and physically lead a herd from one location to another -- are slowly dying out. These days, ranchers typically move cattle via truck and trailer. Horseback cattle drives now cover much shorter distances. Some ranches use traditional cattle drives as a tourist attraction instead.

But it still requires a lot of work to keep a ranch running smoothly. Ranchers must take care of the animals, the land, the machines and perform dozens of other jobs. And they hire ranch hands to help out.

You might be wondering -- is a ranch hand the same as a cowboy? It depends on your definition of "cowboy." If you're thinking about a cowboy in the traditional American way -- a solitary man on a horse who spends his days herding and roping cattle on drives across the Great Plains -- then probably not. Today's ranch hands don't usually go on cattle drives. Instead, they work on the ranch, performing tasks ranging from animal husbandry to fence repair.

Being a ranch hand is a lot of work and a different way of life from what most of us are used to. Read on to find out what it's like to be a ranch hand.

How to Get Work as a Ranch Hand

Does working on a ranch sound appealing to you? Then, let's talk a little bit about how to land a job as a ranch hand. As with just about any job, experience and knowledge of the industry is key.

The skill set of a ranch hand is wide and varied. You can't just put on a cowboy hat, hop on a horse and get a job. A ranch hand must have agricultural and animal husbandry experience. If you didn't grow up living or working on a ranch and gain experience in that manner, employment experts suggest participating in some education programs. Look into taking courses in animal science and agricultural studies at a local community college.

Most employment ads for ranch hands require a high school diploma or GED, as well as training or experience in the fields mentioned above. Ranch hand salaries run anywhere from low-$20,000 to mid-$30,000 annually. Of course, this varies widely by location and job description. Some ranch hand jobs pay on the lower end of the scale, but provide free housing and utilities. Some pay on the higher end, but the ranch hand is required to pay for his or her own room and board. Some jobs offer health insurance and benefits -- benefits that sometimes include a free supply of beef! Some don't. Some ranch hand work is seasonal. Some isn't. Depending on your preference, you may like seasonal work that allows you to move from ranch to ranch. On the other hand, you may be looking for something more permanent.

To find a ranch hand job, you can try looking at the many job boards available on the Internet. RanchWork.com is a Web site dedicated to connecting potential employers and employees. Ranches post job descriptions and users search by job title or location. Another similar site is DudeRanchJobs.com.

Many modern ranches even have their own Web sites. Try contacting them directly to inquire about jobs. Finding a ranch hand job is just like finding any other job -- use your networking skills.

Next up, find out the specifics about ranch hand work.

What You Need to Know to Be a Ranch Hand 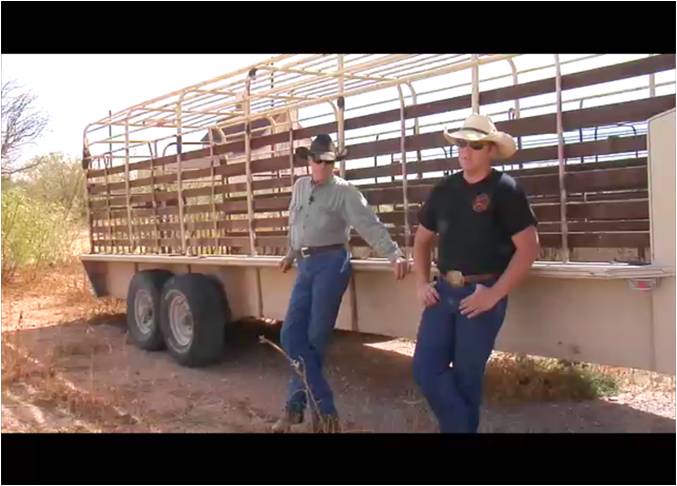 A ranch hand needs to know how to fix things, how to take care of animals, how to handle cattle, how to build a fence, how to care for crops -- the list is varied and nearly endless. It's not a surprise that many employment ads for ranch hands use the phrase "jack of all trades."

Animal husbandry is the care of animals, particularly livestock animals like cows, sheep, chicken, goats, pigs or horses. A ranch hand is responsible for preparing them for sale or slaughter. Caring for these animals includes keeping them healthy, overseeing breeding and birthing, feeding and prepping for market. Following are a few examples of a ranch hand's responsibilities in the area of livestock:

A ranch hand should also understand how the agriculture industry works. Ranch hands should be comfortable on a farm and around farm equipment. Knowledge of mechanics is necessary, as ranch hands usually make small repairs to equipment. A potential ranch hand also possesses handyman skills -- knowing how to build or fix a fence and maintain facilities is important. Here is a partial list of the tasks a versatile ranch hand should be able to perform:

Along with a valid driver's license, a ranch hand also needs to have physical strength. The job is taxing, and a ranch hand works no matter what the weather's like.

Next up: a glimpse into the life of a ranch hand.

Life as a Ranch Hand

It's probably safe to say that sore muscles are a big part of ranch hand life. A standard job description asks that potential ranch hand applicants be able to lift at least 100 pounds (45 kilograms) and carry a 45-pound (20-kilogram) pack for up to eight hours. Ranch hands also may hike or ride horseback up to 10 miles (16 kilometers) per day. That's a lot of physical work.

If you land a job as a ranch hand, what should you expect? Besides the daily jobs -- caring for the horses and livestock as well as other tasks -- a ranch also requires many seasonal chores. In spring and summer, your day usually begins at daybreak and ends around sundown. In fall and winter, the workdays become a little shorter.

For more on ranching and cattle, check out the links on the next page.