How to Transport Livestock 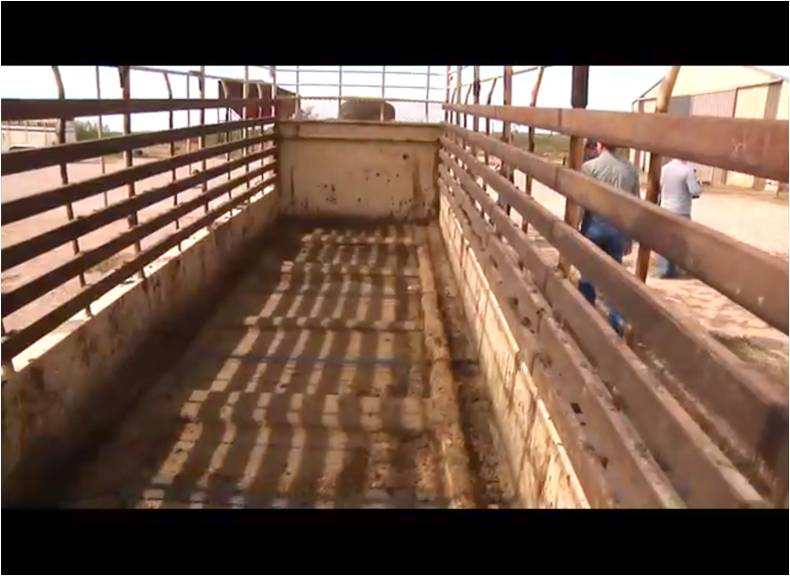 SSLA
Make sure to be safe when transporting livestock.

The first rule for handling livestock is to avoid it if you can. If you must break that rule, know how to handle the type of animal you're dealing with. Accidents can be fatal, so the importance of having an expert on hand cannot be stressed enough.

Livestock need to be loaded slowly and quietly to avoid stress and injury. Even animals that appear calm are unpredictable and potentially dangerous, especially if they suddenly become frightened or feel threatened. They must be treated with patience and gentleness or they can prove a threat to themselves, to other livestock and to their handlers. Spooked animals will usually take about 30 minutes to calm down, so even if you're in a hurry, it's best to take it easy on them right at the onset to avoid untimely delays. The more you try to rush an animal, the more you'll usually slow the process down.

If an animal is injured, it can become even more difficult to control. Always keep an eye on any wounded or frightened animals and don't turn your back on them. It's also important not to sneak up behind animals in general because this can cause them to panic. When it comes to transporting livestock, great attention must be paid to how the animals are approached and confined. Most don't mind being in close contact with familiar herd mates -- and often prefer it -- since it's how they typically exist in nature. It's just that if one becomes upset, there's a good chance others will follow suit.

Cattle are prone to stampeding, for example, while horses can rear and deliver deadly kicks if they feel threatened. Pigs are powerful animals, and the males have fierce tusks. While squealing doesn't necessarily mean distress, pigs are especially susceptible to extreme temperatures, injury and stress. Poultry, too, must typically travel inside climate-controlled conditions and be kept calm to avoid a group panic. Shorn sheep are also distressed by extreme temperatures, and while they love being in close contact with herd mates, sometimes they can crowd too closely together and suffocate.

Handlers must always stay alert and have an established escape route in case a situation suddenly gets out of hand. Also be careful if you're hoping to mix different species or place horned animals with hornless ones, as this can lead to big problems en route. When transporting livestock it's paramount that all the animals are protected from harm, and from each other if need be.

Now that we've gone over many of the things that can go wrong while transporting livestock, let's go over some useful tips for handling them on the next page.