Browse the article How Cattle Sorting and Penning Work 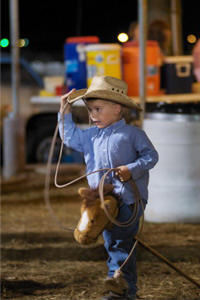 Cattle sorting and penning are two popular rodeo sports that are often referred to together as simply "sorting and penning." At their most basic, they involve a handful of riders, or cowboys, and small herds of calves.

While team penning is often considered more difficult than team sorting, you don't have to be an experienced rider or ranch hand to learn these sports [source: KETC]. Classes are taught through rodeo associations or at ranches and farms throughout the United States. Sometimes they can be found in unexpected places. One New York Times story highlighted a ranch in Bethany, Conn., just 10 miles (16 kilometers) northwest of New Haven, where C&S Ranches conducts practice sessions for various rodeo sports, including team sorting.

People of all ages compete in these sports, even children as young as 5 years old, causing some organizations to advertise it as a family-oriented activity. The Ranch Sorting National Championships (RSNC), for example, bills ranch sorting, a type of cattle sorting, as the "funnest family sport on a horse" and the "#1 equine family sport" [source: RSNC].

Like most popular sports, you'll find national and international championship events for team sorting and penning. But there are also many events for amateurs and various classification levels for professionals, allowing rookies to compete separately from higher-rated contestants. The RSNC distinguishes among competitors by rating them on a scale of one to nine. Similarly, the United States Team Penning Association rates riders, based on skill level, from one to seven while also dividing them into junior and senior age groups.

On the next page, we'll look at some of the rules of cattle sorting. 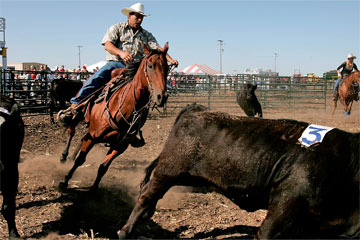 To start, the cowboys are faced with a herd of 10 calves, with each calf numbered zero to nine. A judge then calls out a number. Say the judge calls out "three." The riders will then begin sorting the cattle, moving them from one pen to another, beginning with the number three calf and moving on sequentially.

Order is essential, which is why one contestant will focus on isolating the appropriate calf while the other makes sure that the remaining calves don't move prematurely into the other pen. If a calf gets through to the other pen before its turn, the sorting team is disqualified, though only for that particular round of competition. The riders must herd as many calves as possible to the other pen -- in order -- within 60 seconds.

In ranch sorting, a variant of cattle sorting, there are 12 cows, with 10 numbered from zero to nine and two remaining unnumbered. The unnumbered cows are called dirties. The dirties are supposed to remain in the original pen, while the contestants herd the numbered cattle, in order, from one 60-square-foot (5.6-square-meter) pen to another, channeling them through a 12-foot-long (3.6-meter-long) passage. Ranch sorting can be done with up to three riders on a team and one or two dirties. The size of the pens and the passage between them may also vary.

Now that we've established some of the rules of cattle sorting, let's see what penning entails. 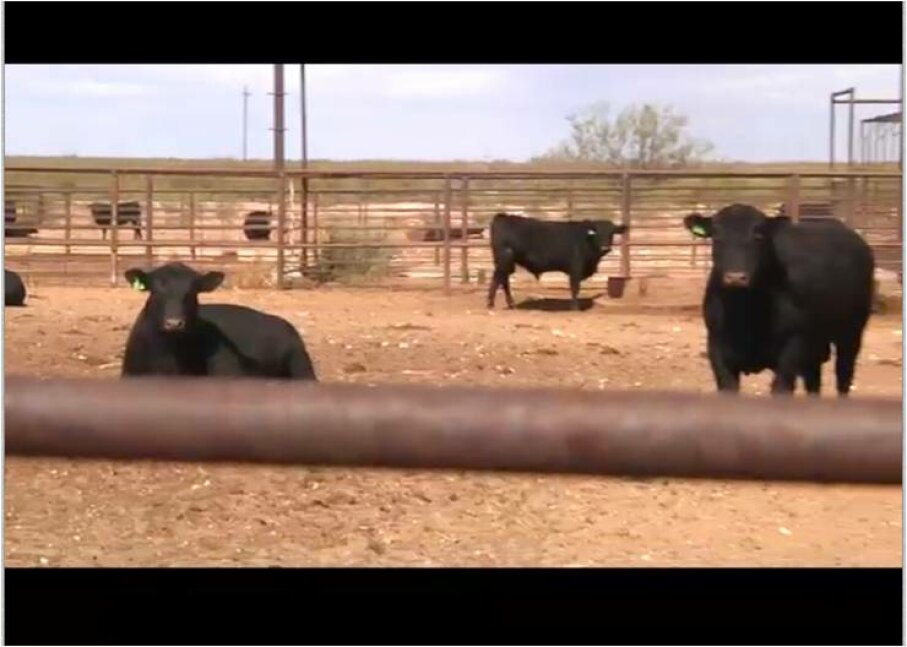 Sure, that herd looks docile enough, until you start trying to hustle them into a pen in about a minute’s time. David Silverman/Getty Images

Team cattle penning is considered more difficult than team sorting because it takes place at a faster speed and often in much larger arenas and pens. It also requires larger herds -- 30 cattle.

Each of the 30 cows has a number. Competitors have to coax three cows with the same number over a finish line. This task can be difficult as cattle can be willful, stubborn creatures, and the cowboys have to separate certain cattle from others in a crowded herd.

A team may consist of up to three cowboys, and teams are rewarded for the fastest time in penning a group of cows. Depending on the rules employed, competitors may have 60 to 75 seconds to pen the cattle.

Several other sports resemble cattle sorting and penning. In Australia, campdrafting is a popular, homegrown equestrian sport involving cattle. Essentially, the rider must corner a cow within a herd, make the cow turn several times and then guide the cow through a course. The contestant can earn up to 100 points, depending on his or her success in the various components of the event.

In cutting, a competitor on horseback tries to separate a calf from a group, herd it into the center of an arena and keep it there so that it can't get away and return to the herd. A competitor is given two-and-a-half minutes to cut up to three calves, and judges rate his or her performance on a scale from 60 to 80. Horses used for this sport are specially trained and are supposed to be able to anticipate the calf's movements to help keep it in the center of the ring. Breeders refer to this calf instinct in horses as "cow sense" [source: PCCHA].

For more information about sorting and penning, as well as other rodeo sports, take a look at the links on the next page.