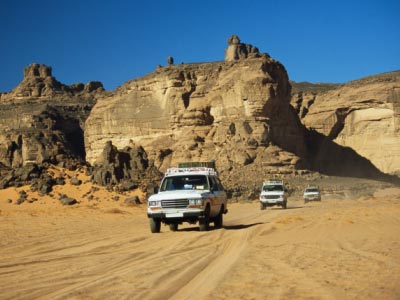 When you think about off-roading, environmentalism probably isn't the first thing that springs to mind. For many people, dirt bikes, snowmobiles, jet skis, all-terrain vehicles (ATVs) and motor boats don't go hand-and-hand with the peace and quiet of nature. Off-roading -- the use of motorized vehicles to travel natural terrain or waterways -- doesn't have the best reputation when it comes to being green. Increasingly, though, environmentally-conscious outdoor enthusiasts have been coming up with ways to make off-roading less harmful to the planet.

The term off-roading leads to a lot of misconceptions. Many outdoor recreationalists never leave the road at all -- they simply leave the asphalt. So, although they're used less often, the terms off-pavement or off-highway are more accurate descriptions of the activity. Many national and state parks, for example, offer pre-existing trails for use by ATVs, four-wheelers, dirt bikes, and snowmobiles. Using maintained paths minimizes the impact that off-road vehicles have on the surrounding environment.

The real controversy surrounding off-roading arises when those vehicles leave the trails. While some state and federal lands have been set aside for this purpose (often referred to as open-use), the practice has long been a subject of debate among environmentalists and off-roading enthusiasts. For its part, the U.S. Forest Service has stated that ATVs and other off-road vehicles do indeed have a place on public lands, so long as their use is regulated [source: U.S. Department of Agriculture]. Other groups, such as the Center for Biological Diversity, are concerned that these open-use areas will continue to grow while protected wilderness areas shrink [source: Center for Biological Diversity].

Given all of the controversy, why is off-roading so popular? In some cases it's a necessity rather than a choice: Some remote wilderness areas are accessible only by off-highway vehicles. You can also cover more ground on an ATV or snowmobile than you can on foot. But some people really do love off-roading for the sake of the sport, and there are even competitive off-roading events such as hill-climbing (navigating your ATV or dirt bike up a steep, obstacle-strewn slope), dune-bashing (traversing sand dunes), and mud-bogging (driving through deep mud while trying to avoid getting stuck).

So what are the environmental dangers of off-roading? How can you off-road responsibly? 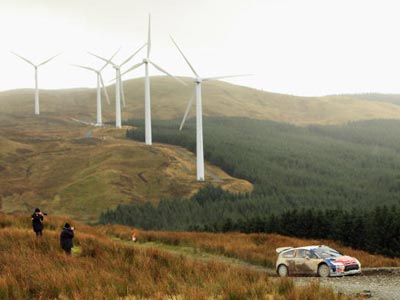 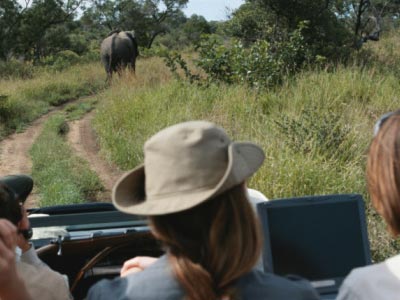 Riders in an off-road vehicle watch an elephant in front of them.
David De Lossy/Getty Images

You're out on your ATV, and there isn't another person for miles -- but that doesn't mean you're alone. One of the biggest concerns when it comes to off-roading is how it impacts wildlife. The most obvious danger is that an off-road vehicle can wound or kill an animal that has wandered onto the trail, and that's certainly something drivers must always be on the lookout to avoid. You can reduce the risk of such an incident by familiarizing yourself with the local wildlife before you go. Talk to park officials and land administrators about where the animals live, what times they're most active, and what signs you should check for to determine whether an animal is in the area. Find out what areas are to be avoided entirely, such as the habitats of endangered species or fragile ecosystems like wetlands.

But it's not just direct encounters with animals that cause problems. Off-trail driving can damage animal nests and burrows. Snowmobiles can crush small animals dwelling between the snow and the ground. Damage to vegetation impacts shelter and food sources for local fauna, as does chemical pollution from the machines themselves. Vehicle noise deters some species entirely, driving them from their preferred habitats. And, even if the animals do not vacate the area, the presence of machines can cause stress and a change in behavior [source: Natural Trails and Waters Coalition].

So what can you do to lessen your impact while off-roading? Choosing the right vehicle can help. Many off-highway vehicles and watercraft are available with either two- or four-stroke engines. Four-stroke engines are the more environmentally-friendly preference, as they create less pollution, use fuel more efficiently and produce less noise than two-strokes [source: Surfrider Foundation]. Using your vehicle responsibly is also important -- avoid high speeds, and don't spin your tires or do any unnecessary idling. New advancements in biofuels also give off-pavement drivers a cleaner choice. Biodiesel, made from animal fat or vegetable oil, can be used in standard diesel engines when you blend it with petroleum diesel. Modified engines are capable of running on 100 percent biodiesel [source: National Biodiesel Board].

So take heart, environmentalists -- off-roading doesn't have to mean you're hurting the environment. See the next page for lots more information about responsible off-roading.