Is off-roading bad for the environment? 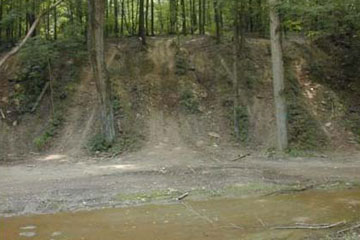 Few people would argue that off-roading isn't exciting -- going off the beaten path in a blaze of speed over jolting terrain to the roar of an engine. And with 44 million Americans devoted to off-roading as of 2007, the sport must have something going for it [source: CSM]. Vehicles like ATVs (all-terrain vehicles) and dirt bikes give their riders a real thrill as they maneuver over unpaved ground. But there's a problem.

A debate has been raging for years about the wisdom of allowing off-road vehicles -- ATVs, dirt bikes, snowmobiles or Jet Skis -- the unregulated use of natural public spaces, since off-roading can disturb vegetation, wildlife and the general ecosystem. The land-based vehicles have garnered additional attention due to a 2010 deadline for U.S. National Forests to finish mapping out designated areas for off-roaders, effectively limiting their access to public lands [source: Burns].

It's pretty simple, really: By definition, off-roading puts automobiles in areas not designed for automobiles. This has a variety of effects on the natural environment, including:

There is, of course, plenty of disagreement about the extent of these effects, making it difficult to establish sweeping regulations. For their part, many off-roaders do agree there needs to be some level of regulation. After all, 1 million new off-road vehicles are purchased every year in the United States, making for some pretty crowded open spaces [source: Burns]. There's not much point in going off the beaten path if there's no space to maneuver -- or scenery to enjoy -- once you're out there.

For more information on off-roading and related topics, look over the links on the next page.