How to Choose a 4x4 Truck

Browse the article How to Choose a 4x4 Truck 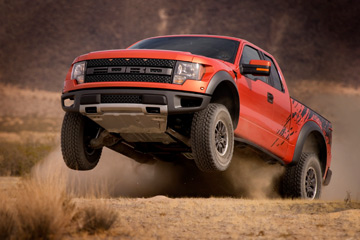 In the past 15 to 20 years, the number of four-wheel drive trucks on the market has grown like never before. It can be hard to determine which truck is right for you -- especially if you plan on doing a bit of off-road driving. Not all 4x4 trucks are capable of taking on the tough stuff, and the ones that are will still need to be outfitted for your specific terrain, climate and usage.

How you plan on using the truck will make a big difference right off the bat. Off-roading will require a different set-up than towing, ranching or merely commuting from home to work every day. Almost any 4x4 will be able to handle these situations, but if off-roading is what you're after, there are a few extra considerations to make before choosing a truck.

If you're going to use the truck as a dedicated weekend-warrior dirt-mobile, then creature comforts can probably take a back seat to, well, a back seat. But if you're also going to use the truck to take the kids to school on your way to work, then having room in the cab and a few creature comforts will be much more important to you. Wanting to throw a dirt bike or two into the back means making sure the bed is big enough to hold the bikes and all of your other gear, too.

Thinking about the different kinds of activities you'll use the truck for can get you to a starting place, whether that's a Ford F-Series or a Chevy Silverado. Also, don't forget to consider used trucks. New trucks can be ordered exactly to your liking, but they're also more expensive. You may find a used truck with plenty of lift and big, knobby tires already installed, but there's a good chance this truck has been out on some tough runs, too. Each option has its pros and cons.

Next, let's take a look at the terrain and see what a truck needs to conquer it. 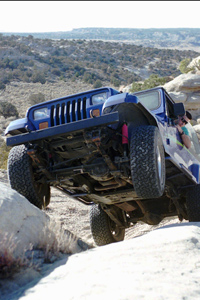 Garrett Sisson puts himself and his Jeep in a precarious position while off-roading with a group of other four-wheel drive enthusiasts in the Chokecherry Canyon area near Farmington, N.M.
AP Photo/Norman Dettlaff

Starting with a solid 4x4 truck is the key point in buying a truck for off-roading, no matter what terrain you plan to take on. Ford, Chevy, Dodge, Toyota, and Nissan as well as several other manufacturers all have 4x4 trucks suitable for off-road driving. These trucks typically include a powerful engine with plenty of torque. The chassis and suspension are designed for bouncing over ruts and rocks, so they may feel a bit stiff on the way to the mall. And of course, off-road trucks feature true four-wheel drive capabilities, meaning all four wheels receive power from the engine for driving across ice, through sand, or out of mud and gravel.

With the basics in place, the options for off-roading come into play, depending on terrain. Tires are the first thing to consider, as different sizes and treads are used in snow, sand or dirt. The truck's clearance might not be an issue for icy off-roading, but it will be important for rocky fields. If the truck of your dreams is a little low, it can almost always be lifted a little higher to clear more obstacles.

Skid plates come in handy, too. These are for protecting the underside of the truck from trees, rocks and other debris. Manufacturers often offer skid plates as part of an off-road package that can be purchased with a new truck, along with things like upgraded shock absorbers and knobbier off-road tires. The Ford Raptor is a good example. It's offered with skid plates, special suspension, special tires and engine and transmission controls designed specifically for off-road use.

The Raptor also has a locking differential to help in sand and snow. This means the wheels spin at exactly the same rate, no matter what. Normally, when a truck drives around a turn, the outside wheels spin a little bit faster to keep up with the inside wheels. A locking differential keeps the wheels going around at the same rate, and prevents the wheels from slipping. Using this feature on dry pavement can wreak havoc on a 4x4, though, so it's best used only when the going gets rough.

Climate can make a difference when choosing a 4x4 truck, too. Read on to find out what's best for you. 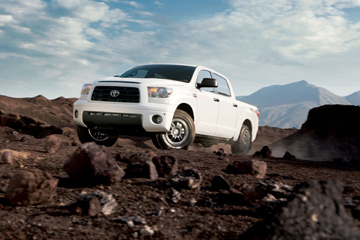 The Toyota Tundra
Courtesy of Toyota

It was pointed out earlier that most 4x4 trucks can handle most types of off-road driving, and most climates, too.

But what if you're off-roading in the Alaskan tundra? Or hauling a trailer full of ATVs in Death Valley? If either of those situations applies to you, there's a kit to help you in your off-roading insanity -- whether your adventures take you to very cold or very hot climes.

Some manufacturers offer a cold-climate package, which usually includes a more powerful battery for cold starts, a higher-output alternator and a heavy-duty starter, too. If you're going to be in an area subjected to extreme or extended cold temperatures an engine block heater will keep the engine warm for an easier start. Once the truck is up and running, the heat from the engine will keep things toasty.

At the other end of the spectrum, you might want to add a transmission fluid cooler, especially if you're towing anything or if the transmission is otherwise under extremely heavy load. Again, some manufacturers offer a package to deal with just such a situation, with a transmission cooler and a larger radiator to keep the engine from melting into the sand.

All these things keep the truck happily humming along, so let's take a look at the systems in 4x4s that keep driver and passengers safe and sound. 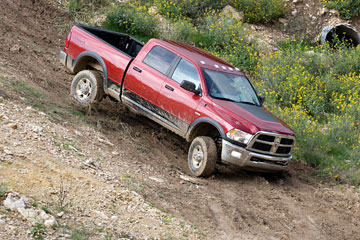 Like just about every other vehicle on the road, 4x4 trucks have benefited greatly from advances in safety technology over the past two decades.

Let's start with something we almost always take for granted, the humble airbag. Not only does it pop out of the center of the steering wheel in the event of a crash, but many trucks used for off-roading surround the cabin with airbags to help prevent serious injury. The Dodge Ram 2500, for example, offers advanced multi-stage front airbags for driver and passenger, plus side curtain airbags. It also uses an Enhanced Accident Response System that turns on interior lamps, unlocks the doors, turns on hazard lights and shuts off the fuel in case of an accident -- whether you hit another car on the freeway or a hidden rock in a snow bank.

More advanced safety systems can be found in many trucks built for off-road driving, like the Toyota Tundra. It has rollover sensors that deploy the side curtain airbags, plus four-wheel disc brakes with ABS, brake assist and electronic brake-force distribution, stability control and traction control. Lots of trucks have these kinds of safety measures on board, plus rigid frames and crumple zones for better handling and fewer injuries to passengers.

Taking all these suggestions into consideration will help you find the 4x4 truck you want to take off-road. But that's just the beginning. Keep reading to learn about the wide, wide world of off-road accessories. 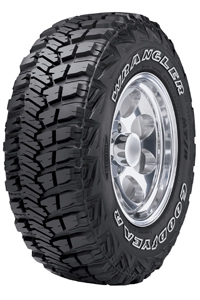 The Goodyear MT/R with Kevlar
Courtesy of Goodyear

Once you've got the truck, it's time to kit it out for your particular off-roading passion. There are two basic routes to take: factory accessories and after-market products.

Factory accessories can be added to a brand-new truck when you order it. These are usually packages like we discussed earlier -- cold climate gear or off-road driving amenities like skid plates. You could also make sure your new truck has a trailer hitch right from the start. Getting these factory packages when you buy the truck can take a lot of hassle and repair shop time out of the equation.

Stores that sell after-market products, however, are like candy stores to off-roading enthusiasts. Bed liners, rock-chip protection, lift kits, massive tires -- you name it, someone sells it. Some of the more common accessories include towing equipment, shock absorbers, front winches and inflatable jacks, which can potentially get your 4x4 out of an off-road jam.

The first thing owners usually swap out on a new 4x4 are the tires. Huge tires do more than look cool around town; they also add clearance. A knobby, aggressive tire will grip sand, snow, mud and whatever else you can throw at it, but it'll also return seriously awful gas mileage and they're noisy on the road, too. Off-road tires will often have widely spaced channels and side lugs, making them easier to clean out as you drive, much like the tread on hiking boots.

Then there are the grille and taillight guards, running boards, headlight and taillight covers, mud flaps, fender flares, bed liners, cargo baskets, decals and hundreds of other accessories that are useful in protecting your ride and your gear -- or maybe they're just cool. It's hard to tell the difference sometimes.

For more information about 4x4 trucks, off-roading and other related topics, follow the links on the next page.