Poaching is the illegal taking of wild ani­mals, fish or plants. It dates back to the Middle Ages, when the first laws were enacted to prohibit the act.

Though there was a time when poachers were thought of as heroes -- taking from the rich to give to the poor -- that perspective seems to be a thing of the past. Poaching is a serious issue that has detrimental effects around the globe.

From killing just one deer over the legal bag limit to harvesting tons of animal parts, poaching in any form is illegal and laws are getting tougher to discourage it. If convicted, you can now be charged with a felony and be sent to prison. All across the world citizens and law enforcement officials are working t­ogether to combat this problem.

In this article, you'll learn about the history of poaching, how it started and how it evolved.

­You'll see how it differs greatly from the poaching of the past, as well as the consequences. We will also discuss poaching laws, and how not so long ago, poaching meant a long voyage to small country, or even being hanged to death.

Lastly, we talk about the consequences of poaching and just a few of the countries that are trying to slow down black market operations and the slaughter of thousands of protected and endangered species.

If you are aware of poachers in your area, you can contact your local law enforcement agency and report them. Every state has a hotline to call to report poachers, and most even offer rewards.

Continue reading to learn how this whole thing started.

Poaching ­has been illegal for hundreds of years, but it was during the Late Middle Ages that poaching became a punishable offense. During this time, the right to hunt was limited to landowners and nobility. Peasants usually did not have weapons, skills or the extra time to hunt, so in order to provide food for their families they devised another way to bring meat to their tables, including snares [source: NationMaster].

­While hunting was reserved for the privileged, it was illegal to buy and sell wild animals. It remained illegal to do so until the mid-1800s. Gangs of poachers formed outlaw bands and sold animals through the black market. Buyers of black-market food even included wealthy people, who could not or chose not to hunt on their own.

As rural poverty was prevalent in the 1700s, many people turned to poaching just to survive. Commoners protected poachers as an act of rebellion, because food was so scarce. Though poaching gangs did provide food to the poor, they were also violent and often greedy, poaching to feed the black market more so than hungry peasants.

Because authorities could not depend on citizens to turn in poachers, they created traps and spring-guns that would maim or kill poachers. In the 1830s, traps and spring guns were deemed illegal, and in 1883, peasants were allowed to kill small game, such as hares and rabbits, on their own farms [source: Scribd].

Have poaching issues changed since the Middle Ages? Indeed, they have. Move on to find out how modern poaching differs from the poaching of the days of Robin Hood.

Who Owns the Land?

­Poaching for necessity is not much of an issue today. Though­ there are people who hunt or fish for food, they comprise a small fraction of the larger problem. In fact, Pennsylvania Game Commission Bureau of Wildlife Protection Director Richard Palmer stated in a testimony for House Bill 2205, "The causes of poaching vary, but the myth that most poachers are committing their offenses to provide food is in reality not even a fraction of a percentage of all cases prosecuted. Often, modern poaching is done by criminals driving $30,000 vehicles, using expensive night-vision technology, illegal silencers on the firearms, and often military-style rifles" [source: Pennsylvania Game Commission].

In Africa, as well as other continents, poaching is a major problem, with animals being killed solely for body parts. The African Elephant is a more recent victim of poachers, with its tusks being valued at more than $350 per pound ($700 per kilogram). Poachers cut the elephant's face off, leaving the body to rot in the dense jungles. This makes it very challenging for law enforcement officials to locate the remains to in order to qualify the kills [source: Nielsen].

Before you think that poaching might be profitable, read on to discover the stiff penalties for breaking poaching laws.

Social poaching is an increasingly popular term for a friend who digs through your social network behind your back, stealing friends and confidants from you. The government is not touching this one though. The only punishment the poacher will receive is the one you dish out [source: Jio].

In the 1500s, killing deer meant death to anyone but royalty [source: nationmaster]. Between the mid- 1700s and the first half of the 1800s poachers were hanged or sent to Australia, especially if guns were used or a gamekeeper wa­s injured in the crime [source: Scribd].

It used to be that poachers were able to keep their licenses as long as they paid their fines, and in most states, jail time was unheard of. Today, as poaching problems grow and more species are becoming threatened or endangered, laws are getting tougher and citizens are getting angrier. Law-abiding hunters view poachers as villains who ruin the good name of legal hunting.

Currently, poaching laws vary by state. In Pennsylvania, while poaching is considered a summary offense with no chance of imprisonment, lawmakers are actively pursuing stiffer penalties and fines. West Virginia has lower fines but imposes stiff jail terms for poaching offenses. A third offense gets you a felony conviction, with up to a $10,000 fine, one to five years in prison and a lifetime hunting license revocation [source: Pennsylvania Game Commission].

Ohio toughened its laws recently to include restitution values based on true-market value, fines and revocation of hunting licenses not only in Ohio but also in neighboring states [source: BuckeyeFirearms]. In Minnesota, the Department of Natural Resources cannot only confiscate a poacher's hunting and fishing licenses but also his boat and gear as soon as the value of whatever was poached hits $500 [source: Great lakes Directory].

Canada is battling its own poaching wars, but you might be surprised to learn that it's for fish. Using large drift nets, poachers target salmon, sturgeon, rockfish and shellfish. Canada does not only punish the poacher but also whoever purchased the poached fish.

The effects of poaching probably have a wider range than you might think. Forge ahead to check out the consequences of poaching.

Not Your Honest Angler

New, stiffer poaching laws aren't really out to punish the angler or hunter who mistakenly goes over the bag limit in an honest mistake. Laws are being tightened to stop repeat offenders and those who knowingly kill or catch large quantities of game [source: Outdoor Central].

­Today­, poaching is seen by many as highly unethical. The consequence for poaching game, especially when that game is federally-protected, is high.

All across the world, certain species of fish and animals are seen as valuable commodities. Even when protected by laws, their numbers are decreasing due to high trade demands or black market prices. Elephants, tigers, rhinoceros and Asian bears face the biggest survival challenges due to poaching. These animals have body parts that are considered highly valuable.

More than 154 nations have signed treaties to regulate trade of more than 30,000 species of plants and animals that are threatened. Trade is banned for more than 800 species and is limited in 29,000 other species to prevent them from becoming endangered. The problem is that banning trade can increase the value of hide or body parts and put the species at an even higher risk for poaching and illegal trade [source: EarthTrends].

In the United States, game laws are in place to restrict hunting limits and protect the numbers of animals available year after year. When poachers kill out of season, or kill more than state bag limits, they jeopardize the health and longevity of the herd and interrupt breeding seasons. Though most game is plentiful, the rules and restrictions are placed to protect future populations and keep our natural resources available and abundant long-term.

According to Minnesota Department of Natural Resources, a pre-spawn walleye that was illegally taken by a poacher can result in 2,000 fewer walleye. It also estimated that illegal kills equal approximately 30 percent of the annual harvest by legal means [source: Turn In Poachers].

At first glance, poaching might not seem like a large-scale problem, but it's a major issue that affects people, plants and animals alike. For more information about poaching and hunting, see the links on the next page.

TIP, or Turn in Poachers, programs are set up across the country. Citizens can turn in poachers 24 hours a day, seven days week and get hefty cash rewards for doing so. If you're aware of poachers in your area, you can contact your local law enforcement agency and report them. Every state has a hotline to call to report poachers, and most even offer rewards. 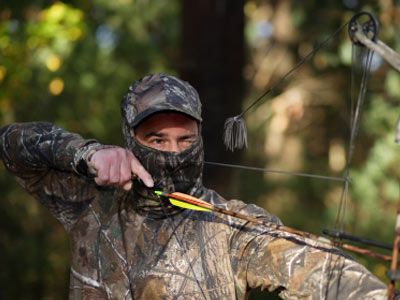 Up Next
How Bow Hunting Works
Explore More 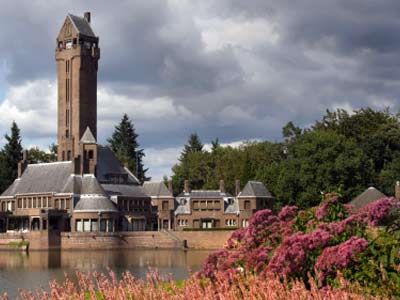 You May Like
How Hunting Preserves Work
Explore More 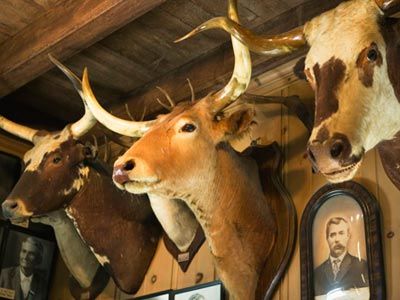