What Can You Catch Fishing with a Bow? 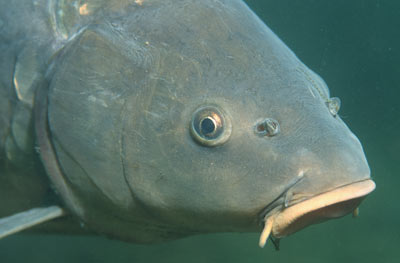 Carp is one of the quintessential fish to catch when bowfishing.
Reinhard Dirscherl/Getty Images

Bowfishing usually takes what a­re called "rough" fish. These fish aren't the heavy fighting fish that rod and reel fishermen prize, but instead are usually bottom-feeders, fish that are low on the food chain or fish that people rarely pay a big price to eat, but that doesn't mean that you can't eat them. Rough freshwater fish include carp, eels, suckers, perch, catfish and gars. Saltwater fish can include dogfish, sharks and stingrays. In some states, you can even hunt alligators by bowfishing. The type of fish that you can hunt legally is regulated by individual states, so check local regulations with the department of natural resources or fish and wildlife where you'll be bowfishing.

­Bowfishing isn't free of controversy. Purists maintain that bowfishing isn't sporting compared to traditional angling with rod and reel. For example, bowfishing kills the fish, while traditional rod and reel fishermen often release their catch unharmed. In addition, traditional rod and reel fishermen are typically limited to the number of game fish that they can take, while bowfishermen often can take an unlimited number of rough fish. Rough fish aren't necessarily prized to eat in the United States, so many go uneaten, and some people consider this practice to be wasteful.

Bowfishermen, however, maintain that their sport can benefit the ecology of a given area. They're only allowed to take rough fish, some species of which are invasive or alien species and are unchecked in many ecosystems. That means that bowfishing can control the populations of these species.

Despite some of these controversies, bowfishing is becoming increasingly popular. Keep reading for more fishing links that you might want to catch.

Here are some examples of record fish caught by bowfishing: