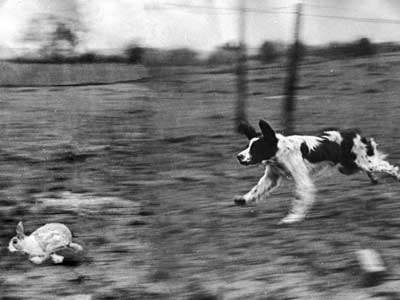 Anyone who has ­a Fido or a Buddy roaming his or her backyard knows that dogs are natural hunters. Hence Butch's tugging as he lunges for a squirrel on your regular morning walk. Or perhaps your little ball of fur prefers to exercise his instincts by chasing the vacuum cleaner or ripping the stuffing out of his squeaky toys. Whatever the case, there's no denying a dog's inherent tendency to bound after moving objects.

But just because a dog shows interest in bringing down the floor mop doesn't necessarily mean it's cut out for the real thing. Many gun-toting individuals vouch that their personal hunting dog is the best of the bunch, but an unbiased opinion on what breed makes the best hunting dog is nearly impossible to come by.

­The reason for this is simple. Historically, dog breeds were created to help humans perform very specific tasks. Some pull sleds, some guard the farm and some round up cattle. In the case of game hunting, pointers point, hounds hound and retrievers retrieve. So if you're a duck hunter, you get a golden. If it's raccoons you're after, you bring along your hound. 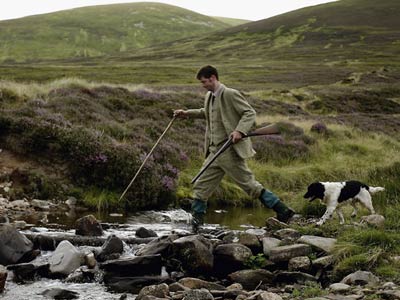 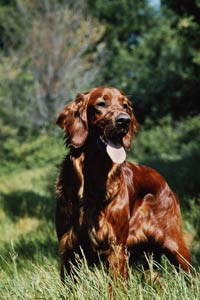 An Irish setter can get the job done.
Chris Warbey/Stone/Getty Images

Whether you're a hard-core hunter of waterfo­wl, pheasants or rabbits and deer, the sporting group has a dog for you -- the range of talent found in this group of dogs runs the gamut.

If you want a dog that stays close to its owner, sneaks up and flushes out birds in hiding, making it easier for you to bring them down, you can take your pick from one of the spaniels, like the English springer spaniel. These top hunting dogs can also be trained to retrieve downed birds out of a pond, and their mouths won't damage the prey.

If you'd prefer a dog that doesn't flush game but instead runs far ahead of you to scout the wild animals out and then quietly holds position until you arrive, the sporting group is also home to the aptly named pointers and setters, like the English pointer and Irish setter. As their name implies, when pointers happen upon their target, they do like Madonna and strike a pose, pointing in the direction of the bounty. Setters accomplish the same goal by crouching down in a squat.

Still not satisfied? Opt for one of the well-rounded retrievers like the Labrador or the Chesapeake. These dogs are perfect for hunting waterfowl due to their water-resilient coats, strong legs and natural instinct to retrieve. They can also be taught to track and point. Like the other dogs in this group, their friendly dispositions also make them good companions in the home.

There's no doubt that the sporting group has variety, but some people want a dog that can do it all. They don't want to be restricted to just one type of hunting during the year, and they can't afford to purchase a dog for every hunting season. If that's the case, the sporting group still has the bases covered with what are known as the versatile breeds.

These dogs, including German shorthaired pointers, drahthaars (a European breed), griffons and pudelpointers, aren't necessarily the best at any one task, but they can easily be taught to perform just about all of the hunting jobs without too much hassle. The versatile breeds not only point and retrieve upland birds and waterfowl, but they'll also go after rabbits and deer. They can be trained to stay close or run far out in front of you.

The members of the sporting group are bound to satisfy almost any hunter. All-around hunting dogs, these sporty breeds will do just about everything for you except pull the trigger and skin the hide.

For more articles on hunting, from the best hunting-dog breeds to how to set up a tree stand, see the links on the next page.