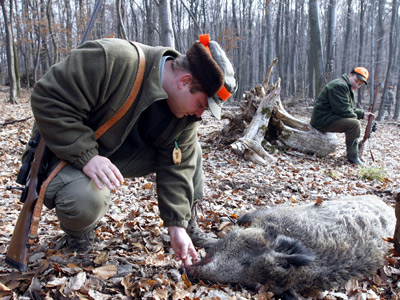 Much of the appeal of hunting big game like wild boar comes from the risk and thrill of hunting large animals.
Tomas Hudcovic/isifa/Getty Images

Although shot by Vi­ce President Dick Cheney during a weekend hunting expedition, campaign contributor Harry Whittington is not big game. Rather, big game refers to large, wild animals that are hunted for sport, and the catalog depends upon where you're hunting.

What's considered big game changes outside of the United States, and one of the most popular big game hunting locales is South Africa. African big game hunting safaris allow hunters to pursue a long list of species, including some that are perhaps unfamiliar: wildebeest, blesbok, cheetahs, giraffes, impala, kudu, tigers, warthogs and zebras, among others. Additionally, Africa has its "big five," the most notoriously difficult species to hunt there: lions, African elephants, Cape buffalo, leopards and rhinoceri.

Big game hunting is big business. The U.S. Fish and Wildlife Service reports that 12.5 million people 16 years old and older hunt within the United States, about 10.7 million of them hunting big game [source: U.S. Fish and Wildlife Service]. The industry is also booming in South Africa where about $280 million is generated annually [source: Tsui]. Let's hunt down more information about how and where big game hunting happens, next. 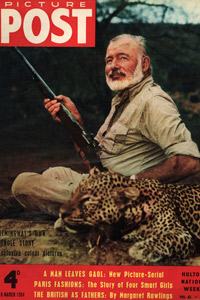