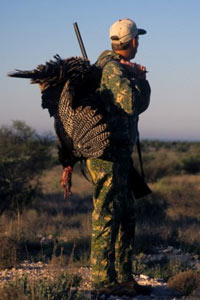 Hunting is a sport that involves killing, which automatically makes it controversial. Now add in all the hunting methods from which sportsmen can choose, and the debate gets even more complicated. Advocates base their arguments on the conservation benefits that hunting provides, but that doesn't mean they believe every hunting method is good. There are certain hunting practices that rights groups such as the National Rifle Association and everyday hunters oppose.

Many hunters have gone to great lengths to make the sport as ethical and honorable as possible. A popular view is to follow the Fair Chase ideals, which present a code of ethics for hunters to utilize. This code works to ensure that hunters don't use any means that give them an unfair advantage over the animals. The prey should have a fair chance to escape in defe­nse. From here, you could generalize that any approach to hunting that doesn't meet these standards is both unethical and unfair. However, this generalization means little to someone who doesn't believe in Fair Chase. Because of that, there are many forms of hunting that don't follow that code of ethics.

­Throughout this article, we'll look at a few specific forms of hunting that have been deemed unfair by popular opinion. These practices involve killing trapped, enclosed or baited animals, or hunting by any illegal means. Read on to learn about the different hunting techniques that walk a fine line between fair and unfair.

When it comes down to it, what's ethical or fair is relative to each person. Because religion and culture are such strong influences in the decisions people make, there isn't always a clear right or wrong choice. A method of hunting th­at one person finds unfair might be perfectly just to someone who has different beliefs.

The biggest argument in favor of the "unfair" hunting methods is safety. Proponents believe that canned hunts can reduce accidents because hunters are aware of each other's positions. Public hunters have no way of knowing if another sportsman is hidden in the nearby brush. Safety is also a piece of the defense for Internet hunting.

Because no humans are operating guns by hand or present in the shooting area, Internet hunting basically ensures no accidents. But the main argument in favor of Internet hunting has to do with the rights of the disabled. We as a society strive daily to make the world as equal as possible for every human, and Internet hunting brings a new pastime to the disabled who would otherwise probably never be able to hunt [source: Grass Roots]. While animal protection movements don't always agree with this argument, they do recognize it as a consideration.

Overall, there is not an abundance of information specifically defending these methods, but there are arguments that defend the individual rights of citizens. For example, some supporters of controversial hunting methods feel that private property owners should be able to use their land as they choose.

At this point, there exists no cut and dry answer to the debate surrounding unfair hunting practices, but if you feel strongly one way or the other research ways to do your part. Both sides of the topic have outlets for your participation.

Until recently, very few religions or theologians gave much thought to what rights animals deserved [source: BBC]. While they most likely wouldn't condone animal cruelty, they certainly didn't consider animals equal to humans. Therefore, if someone's beliefs put them above animals, they could find any means of hunting fair. And it's safe to say that many people, hunters or not, appreciate the division of church and state and might not appreciate laws that don't apply to their beliefs.