How Hunting with Respect for Life Works

by Simon Shadow
NEXT PAGE 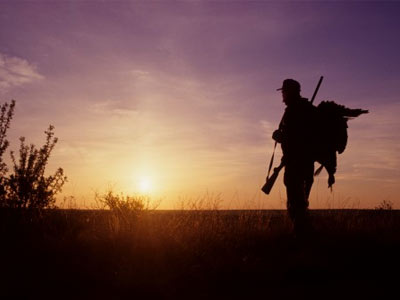 In order to survive, huma­ns need to eat. But what should we be eating? Some argue that we can survive on greens and beans alone, while others argue that we need meat. Say you're one of the many that likes a little meat in your diet; you probably head to the local grocery store or butcher for your dinner. But there was a time when people had to hunt for their food. That need isn't as present today, yet hunting lives on as a sport and thus a controversy is born.

Hunting is the process of killing or capturing wild animals. While some hunters hold a deep respect for the animals and try to make the process quick and painless, others may not be as concerned with the well-being of their prey. One man's ­idea of ethical can be very different from someone else's.

­Hunting with respect for life values self-control and views hunting as a sacred institution rather than simply an outdoor sport. Often, if one chooses to hunt by these standards, they'll participate in hunter safety classes, put extra effort in hunt preparation, monitor the quality of their tools and treat hunting expeditions as a humbling act.

In this article, we'll discuss arguments for and against hunting with respect for life. We'll take a look at the key points of each side of the story and explore how the group People for the Ethical Treatment of Animals (PETA) weighs in.