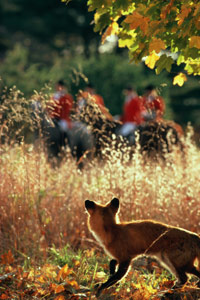 This fox is safe -- for now.
Dennis O'Clair/Stone/Getty Images

After years of passionate debate, the House of Commons finally voted in 2004 to pass the Hunting Ban; the final count was 356 to 166 [source: Alvaraz]. The ban made the use of dogs to kill prey illegal. Basically, riders could still follow hounds on horseback as hounds chased the fox, but when the fox is found, all but two dogs must be restrained. Those two dogs aren't allowed to kill the fox, as before, but may flush it out so that the hunter kills it with a gun. So in the end, what's so bad about fox hunting is not that the fox died, but that the fox was dying at the claws of dogs.

But how do you retrain dogs whose natural reward for hours of sniffing, barking and running used to be a fox? For some hunters, it seems, you can't. There have been some "accidents" in the years after the ban; a pro-hunting group known as the Countryside Alliance warned that more foxes were killed post-ban than when hunting was legal [source: BBC].

Of course, you have to wonder how many accidents truly were so; at the time the ban was passed, hunters were already vowing to continue their fox hunting ways, regardless of what the government said [source: Alvaraz]. Citizens committed to the ban try to observe fox hunters in the act of an illegal hunt, but they sometimes face abuse from fox hunting supporters [source: Lyall]. Those opposed to the ban argue that otherwise law-abiding members of society are a persecuted minority, and public support for the hunts remains strong. At Boxing Day hunts in 2006, held just two years after the law went into effect, more than 300,000 people showed up to watch and participate in the hunts [source: Associated Press].

Some fox hunters have turned to drag hunting, which still involves dressing up in the traditional clothing and engaging in all the pre-hunt revelry. When it comes time to hunt, however, there's no fox to be seen. Rather, hounds follow a scent, such as fox urine. Drag hunting, as you might expect, is seen as much less thrilling as a real fox hunt; for one thing, the scent is spread in advance, leading to a much more controlled and less spur of the moment sort of feeling [sources: Yazigi, Lyall]. And even when drag hunting, it seems a fox can inadvertently cross the hounds' path.

It remains to be seen if the British ban will have any effect on the rest of the world. As we mentioned, the goal of fox hunts in the United States has always been just to chase the fox, and not to kill it. But after the debate in the United Kingdom, fox hunting is a sport with some serious image issues.

Follow the lead of your foxhound, who's sniffing out more great information on hunting topics, to the next page. 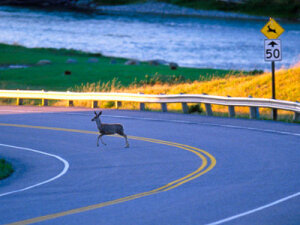 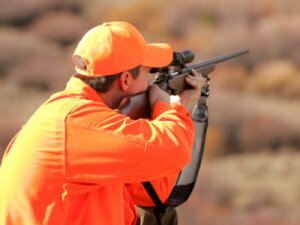