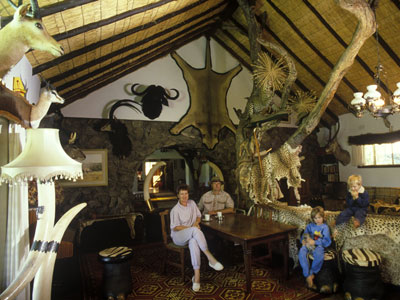 If you stand still long enough in this house, there's a good chance you'll be stuffed and mounted.
Romano Cagnoni/Getty Images

Let's say yo­u're watching an old horror movie, one about a reclusive madman who lives in the spooky mansion on a hill. Inevitably, there will be the scene where the local kids make their way into the creepy house. And nine times out of 10, the madman's lair will have two things -- a painting with the eyes cut out so he can keep tabs on unwanted visitors and a nice collection of mounted animals whose looming presence scares the intruders. You know the scene -- lightning flashes and the growling black bear is lit up in front of the kids' faces, sending them screaming into the front yard. Norman Bates of Alfred Hitchcock's "Psycho" is the perfect example. His office was chock full of dead animals, stuffed and mounted in frightening positions -- a sure sign that shower time is going to mean the end of you.

­The practice of taxidermy may creep some people out, but it's certainly not sinister like the movies portray it. Some people even consider it an art. Others throw it into the science category. The truth is, taxidermy is a mix of many disciplines -- sculpting, woodworking, sewing, painting, carpentry and tanning, to name a few. After a lull in popularity in the 1950s and 1960s, taxidermy has made quite a comeback. It's estimated that taxidermists rake in nearly $600 million a year in the United States alone [source: Orlean]. Some of this work is done for museums, but the lion's share comes from hunters and fishermen eager to display the fruits of their labor for all to see. When a picture just won't do, these outdoorsmen plunk down hundreds and even thousands of dollars to have a taxidermist preserve the memory of the kill through a fascinating process of preservation and recreation. 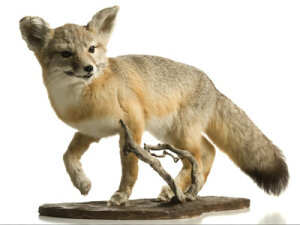 ­What are the pros and cons of taxidermy? 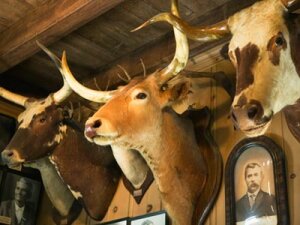 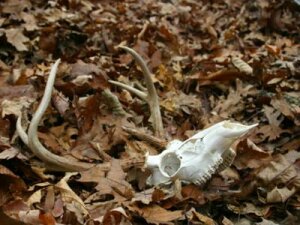 How to Properly Dispose of Dead Animals