What are the pros and cons of taxidermy? 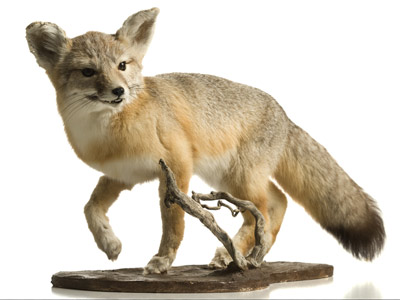 A taxidermist worked on this fox to make it appear exactly like it did when it was alive.
Mike Kemp/Rubberball Productions/Getty Images

After getting up well before d­awn and braving freezing temperatures for hours, you finally see a worthy buck, yours for the taking. You take a clear shot, and it's immediately clear that you were right on target. Now, just yards away, is the body of your 10-point beauty. It's by far your best trophy yet, and there's no way you're passing up the opportunity to redecorate the mantel. But how do you go about doing this? Looks like it's time to call your local taxidermist.

The work of a taxidermist involves creating a replication of a lifelike three-dimensional animal for display and preservation purposes [source: Taxidermy]. This complex practice incorporates carpentry, woodwork, tanning, molding and casting. It's both a science and an art form: All of the animals' organs and tissues must be painted, drawn or sculpted with man-made materials. The taxidermist can preserve fur, feathers, antlers and scales for use in the figures, but nothing else can stay. Eyes are usually made from glass, eyelids are molded from clay, noses and mouths are made more lifelike with wax, and the mannequin frame is built with polyurethane foam.

­Taxidermists are talented artists who can also re-create catch-and-release game from clear photographs. So don't be surprised if that gigantic fish mounted in your friend's house is actually made entirely from man-made materials [source: Taxidermy].

So why is it that some people disapprove of this practice while others wait months for their trophies to be completed? Take a look at the rest of this article to find out.

Arguments in Favor of Taxidermy

There's no denying that taxiderm­y is a popular practice -- demand has remained steady for decades. You've probably seen dozens of perfectly preserved animals on the walls of homes, bars, restaurants and lodges.

Taxidermists take their jobs quite seriously -- like many other professions, taxidermy has a code of ethics. This code helps maintain an industry standard. Taxidermists must keep all necessary licenses in good standing; advise clients of conservation and game laws; present fair, clearly defined service rates; and refuse to alter or falsify trophy characteristics [source: Taxidermy].

­Taxidermy fans view it as a way to honor the animals and commemorate an impressive hunting expedition. And remember that the artist had nothing to do with the actual killing. Animals that go to the taxidermist have already died, whether death was caused naturally or by hunting.

So what has some people feeling not so great about taxidermy? Head to the next page.

A Career in Taxidermy and Greek Heritage

Missed the information session on taxidermy at your last career fair? No problem, there are plenty of opportunities to learn about the process. Whether you're ready to jump right in and attend taxidermy school or you'd like to get your feet wet by attending a workshop or convention, there are multiple options to satisfy your hunger for knowledge.

Like many words in the English language, Taxidermy has ancient Greek roots. "Taxis" means movement and "derma" means skin, so it can be roughly translated to mean "the movement of skin." Given the nature of taxidermy work, that's a pretty logical name [source: Taxidermy].

Many disapprove of taxidermy because it seems so odd. It's a craft that remov­es the skin of a deceased animal and attaches it to a polyurethane foam figurine modeled after the body that the skin originally stretched over. That figurine is then finished with glass eyes and fake lips, all so the animal will look exactly as it did right before it died. And when all that is said and done, the finished figurine is placed on display in people's home and restaurants. If you think about it, the concept of displaying dead animals is pretty weird.

­Those who oppose taxidermy often oppose hunting, too. They don't believe there is any need or positive benefit to hunting, and taxidermy is another piece of the puzzle. It's viewed almost as gloating. The hunter has taken the same animal they killed and hung the carcass from the wall as decoration.

Hunters and taxidermists should be aware of possible disease among game. Chronic Waste Disease (CWD), which is in the same family as the human disease Creutsfeldt-Jakob Disease (CJD), is a growing concern. While humans can't yet contract CWD, the more an infected body is moved around, the more likely contamination of land becomes. What exactly are these diseases? Why is land contaminated when a body moves around? Why would that matter to a taxidermist?

Now you're briefed on the practice of taxidermy. Next time you have any animal replication needs, you know who to call.

Staying Safe in a Contaminated World

If you've successfully hunted in an area affected by CWD, be sure to have all animals tested. How do you know if the area or an animal has been affected? Always take precautions, such as wearing latex or rubber gloves and thoroughly cleaning your hands and clothes, after all contact with dead animals. If you believe the carcass to be high-risk, just leave it where it is and avoid spreading the contaminating particles [source: Pennsylvania Game Commission]. For any further questions about CWD or disposing of dead animals, contact your local department of conservation or natural resources.