How the RooseveltBrowning Hunting Club Works 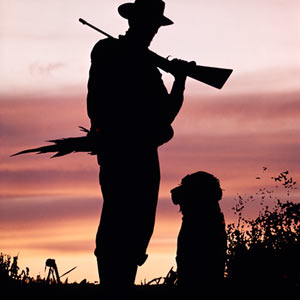 H. Armstrong Roberts/Retrofile/Getty Images
Members of the RooseveltBrowning Hunting Club step back in time and leave behind all the modern gadgetry of hunting.

Perhaps you have inherited a classic Wi­nchester rifle or a Remington Block and Keene. Or you may have purchased a kit and put together a reproduction of such a classic shotgun. You proudly display the firearm, keeping it clean and polished.

One day, though, you begin to wonder what it would be like to hunt with this classic, to step back in time more than a century and leave behind all the modern gadgetry of hunting. But be warned -- anytime you're dealing with out-of-date equipment, make sure you know what you're doing.

Before you head out into the woods, you should gather a little more information. How should you prepare? What equipment do you need? What modern technology can you use with your classic? How can you safely test if the gun is in working condition?

­The RooseveltBrowning Classic Firearms Hunting Club was designed for men and women with interests and questions just like your own. The club defines classic rifles and shotguns as those that were patented before 1910 -- or reproductions of those classics. In addition, these firearms must use center fire, breech-loaded, rimmed metallic cartridges. Telescopic sights were in use before the 20th century, so their use is also permitted [source: RooseveltBrowning Classic Firearms Hunting Club].

You may be wondering about the origin of the club's name. Might Roosevelt be a reference to either the 26th or the 32nd president of the United States? And what about Browning -- surely this isn't a reference to the celebrated Victorian poets? Read the next section to learn about the history of the club and uncover the mystery behind its name.