How the Alabama Waterfowl Association Works

Browse the article How the Alabama Waterfowl Association Works 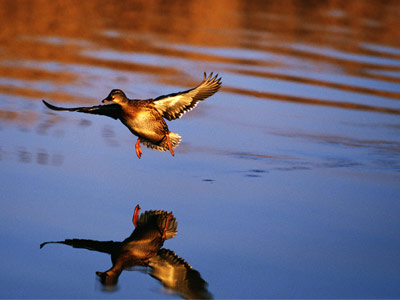 The Alabama Waterfowl Asso­ciation (AWA) -- one of several waterfowl associations found across the United States -- is dedicated to increasing waterfowl populations, natural wetland and upland waterways.

Since its founding, the AWA has instituted many different programs dedicated to waterfowl, including the following:

­As part of its Kids in Waterfowling and Conservation program, the AWA promotes the building and placement of wood duck nesting boxes. The plans can be downloaded from the Web site, along with instructions and a materials list [source: AWA]. The AWA works with youth groups around Alabama to place and maintain the boxes.

The AWA has donated hundreds of thousands of dollars worth of land to the Alabama public land use program and waterfowl managers. What else has the AWA done since its founding?

History of the Alabama Waterfowl Association

The Alabama Waterfowl Association (AWA) has been involved with some of th­e most recognized conservation programs in the state of Alabama. In 1999, the AWA was given the Governors Award for Conservation Organization of the Year. Since that time, the organization has continued to grow and use public and private donations to further its work in wetland restoration, conservation and waterfowl protection [source: AWA].

For example, for one project, AWA CEO Jerry Davis joined up with the director of the Alabama Indian Affairs Committee. The two researched and obtained historical documentation to pass legislation that would add the following to the National Park Service National Historic Trails brochure: the Alabama Trail of Tears Corridor of North America connecting Ross' Landing in Chattanooga, Tennessee to Waterloo, Alabama [source: AWA].

The AWA has also:

Every organization usually has goals and a mission. Let's find out what drives the AWA.

Mission of the Alabama Waterfowl Association

The Ala­bama Waterfowl Association's (AWA) aim is to replenish waterfowl populations. It accomplishes this through various activities, programs and projects aimed at enhancing or maintaining Alabama's resources.

­According to the AWA, the association acts as a "a state voice" for Alabama waterfowl hunting, concerning the hunting season and the federal migratory bird regulations that affect the state. It networks with other state waterfowl associations, which are all a part of the North American Waterfowl Federation (NAWF), to benefit wetland conservation. It also works with private landowners, farmers, industry, hunting clubs, state and federal agencies -- all to help to conserve and enhance Alabama's watersheds, coastal regions, wetland functions and waterfowl resources [source: AWA].

Jerry Davis, CEO of the AWA, has won many grants that have brought necessary financial support to Alabama's conservation programs. Some of these grants include:

The AWA is one of many waterfowl associations located across the United States. If you're considering joining the AWA, whether you're a resident of Alabama or not, read on.

Stand by Your Duck

The AWA doctrine includes the following statement: "Increase the mallard harvest and bird watching opportunity, and the private sector will respond and develop habitat to help all wildlife and our human environment." This doctrine goes hand in hand with the AWA yearly release program in which thousands of Frost Waterfowl Trust mallards are banded and released into Alabama wetlands for harvest [source: AWA].

The Alabama Waterfowl Association (AWA) is a nonprofit organization supported by 25 volunteers and 845 members [source: EPA]. Joining the AWA is easy, ­and Alabama state residence is not required. Membership rates are based on the following different types of membership:

Memberships range from $10 to $1,000. Every member pledge receives an AWA decal and quarterly AWA Report. Membership fees are considered tax-deductible contributions and are used by the association to further its work of restoring North American waterfowl populations. Projects like the Mud Creek Watershed Restoration Project show how the AWA is working to restore wetland and upland properties to healthy conditions [source: AWA].

­Alabama has lost more than half of its original wetland areas, and restoration projects such as the Mud Creek Watershed Restoration Project aid the AWA in returning wetland functions to the region. By restoring the natural functionality of wetlands, these lands have the capability of filtering runoff, which results in improved water quality and increased wildlife and waterfowl habituation [source: AWA].

The AWA tries to do more than maintain natural resources; it helps to provide much needed habitat areas, to recognize and celebrate the historical and cultural events that helped shaped Alabama and volunteers its services and resources in multiple ways.

For more information on hunting, visit the links on the next page.

It's estimated that more than 100,000,000 ducks migrated through Alabama and the Tennessee River Valley in 2008. This is the largest fall migration since the 1950s, and Alabama is doing its part to restore wetland migration routes to keep migrating waterfowl healthy [source: AWA].