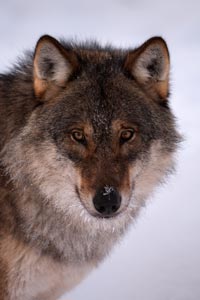 Humans have hunted wolves for various reasons ever since we've been in contact with them.
Peter Lilja/Getty Images

For thousands of years, humans and wolves have shared a complicated and ever-changing relationship. Historically, people have held wolves in high regard, respecting them for their natural beauty and their social, almost community-like behavior. Wolves' instincts to stick together and survive remind us of important qualities humans value and try to uphold, and their resemblance to the dog, man's best friend, only strengthens their image.

However, unlike domesticated dogs, wolves pose a danger to humans. Although they're typically shy around people and would most likely run off and hide if you were to approach one, wolves are ferocious hunters and fighters -- they have the ability to injure or kill other animals, including humans. Myths, fears and legends have given the wolf a bad name -- most people remember the tale of the Big Bad Wolf from childhood stories -- and some see the wolf as a bloodthirsty, killing machine, nothing but fangs and snarl. As human populations grow and develop on land, they also tend to conflict with wolf populations. Wolves have an especially difficult relation­ship with ranchers, since wolves will hunt and kill cattle and sheep for food.

­Like many animals in the wilderness, including bears, deer and antelope, the wolf is also hunted. People hunt wolves for a variety of reasons. Ranchers typically hunt wolves in order to protect their livestock. And it's almost always legal for people to kill a wolf, but only if they're under attack and in danger. Sometimes wolves are hunted for their fur and for trophies, and other times it's for simple recreation -- the legality of which depends on the region.

Where, when and how do people hunt wolves? Do you need a license? On the next page, we'll take a look. 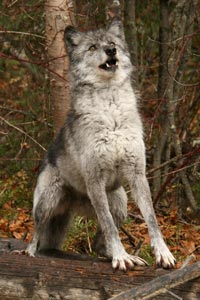 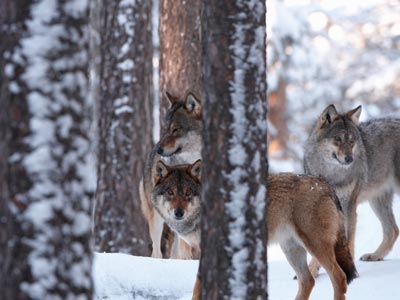