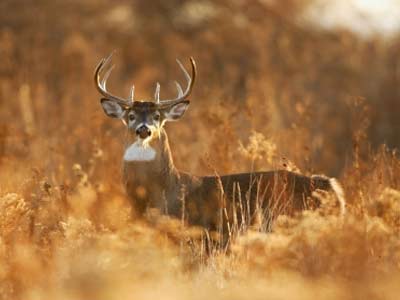 Most hunters would kill this whitetail buck for its antlers, but subsistence hunters would use it for food they need to survive.
iStockphoto/Paul Tessier

Chances are that when you pack u­p you­r gear to go hunting, it's for sport or trophies. You like the thrill of the hunt, the sport of taking down a majestic animal, the glory of nabbing the biggest buck. You probably don't just leave the animal there after you kill it -- you eat the meat and maybe even use the pelts. But even so, your primary reason for hunting is the sport of it. If you don't nab a deer in your afternoon out, you leave disappointed and a bit frustrated, but you'll be able to rustle up some grub from your refrigerator when you get home.

­Subsistence hunting is not without its detractors, however. It takes place on federally managed land in the United States, so it can kill animals on refuges and preserves. Additionally, some argue that hunting for meat is not necessary for survival. In many parts of the world, for economical or religious reasons, people don't eat meat. Others are vegetarians for personal or health reasons. You can make the argument, then, that if millions can subsist without meat, no one really needs it for survival. However, as you read about subsistence locations later in the article, Alaska is the hub for it in the United States. Because of the arctic weather and often rugged landscape, individual farming may not be a realistic option, and neighborhood grocery stores can be few and far between. But others question how much meat is really necessary for a family. No one keeps tabs on how people subsistence hunt, what game they are shooting and how much they take.