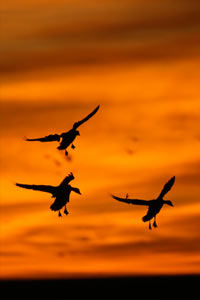 You've been lurking on the edge of this clearing a­ll morning, since your arrival before sunrise. No signs of movement have caught your eye as you've scanned the forest. But now, there's something stirring on the horizon. As you focus your binoculars, you see the eight-point buck straight across from you, moving into the open space. But he's got to be nearly 1,000 yards (914 meters) away. There's no way you'll be able to get a decent shot from that great a distance. Or is there?

Long-range hunting is the way to do it. That's when you hunt from several hundred yards away through the use of a large-caliber rifle with a precise hand-loaded cartridge. Through this technique (and lots of practice) you can hit targets anywhere from 500 yards to more than a mile away (457 meters to 1.6 kilometers) [source: Lilja]. It's not a cheap pastime -- this precision sport requires a lot of pricey equipment.

Some of the necessary items include a long-range rifle (usually a bench-rester of considerable size and weight) and an optic of some sort, such as a rifle scope or binoculars to see the great lengths your rifle-projected bullets can span. For stability and precision, you should invest in a bench and sandbag on which to prop the rifle. Your bullets should be of the highest ballistic coefficient for accurate long-range shots. Finally, a drop chart will give you the details of bullet trajectory so you can set up your shot.

­This approach has its supporters and detractors, just like many other forms of hunting. The controversy lies in determining whether or not long-range hunting is ethical. Some hunters live by a code of ethics that others don't. But when it comes to hunting, are some forms right and some wrong?

We'll start with arguments in favor of the pastime on the next page.

Arguments in Favor of Long-Range Hunting

It starts when we hit the terrible twos and begin to wonder just how much we can get a­way with before Mom and Dad step in and say no. They said we couldn't stay up past 8 p.m., but maybe if we ask for one more bedtime story or a last glass of water, they might let us see 8:15. It's human nature to push boundaries. Long-range hunting does this in both a figurative and literal way.

­Like all forms of hunting, sportsmen say they view their acts as means of conservation. By taking game, they're allowing for less competition in ecosystems for ever-scarce natural resources. Long-range hunters believe they are simply helping the sport evolve. Through the years, hands-on methods such as knife hunting have given way to guns. Long-range hunting is just another change to the sport that new technology has made possible.

With long-range hunting, there is a plethora of technologically advanced equipment to choose from, allowing inexperienced hunters to make accurate, well-placed shots. While some fair chase hunters don't see this technology as ethical, long-range hunters believe they should use the most effective methods to get an advantage over their prey. In the end, won't that mean they get the cleanest shot?

As with every good debate, it's time for the rebuttal. Go to the next page to read about the opposition.

Which Rifle Suits You

Most hunters and sportsmen will agree that you're the best judge for which rifle you should choose for long-range hunting. There are many to choose from, but you know what you're comfortable with and what has brought you success in the past. Instead of buying into advertisements, use the rifle you prefer but equip it with the best scope and sturdiest mount you can afford. This should be your best combination [source: Hawks].

­Most hunters aim for a clean, quick kill, but that means hitting the target prey in a very specific area. How are they to do this from several hundred yards away? Missing the small kill zone means that animal will suffer a slow, painful death or maybe not even die. And though a bad shot at close range allows the possibility to go after the animal and finish the job, tracking down an animal hundreds of yards away is impossible. In addition, a bullet to certain areas will only hurt the animal but allow it to continue living an impaired life.

As mentioned, there is a lot of technology needed for long-range hunting and it's believed that a majority of hunters don't fully understand the different variables [source: Zumbo]. In these cases, the risk of just injuring an animal is very high. An untrained hunter attempting long-range hunting can be compared to throwing a hail Mary pass in football.

While this method of hunting doesn't pack the moral punch of some controversial methods, there's certainly a strong argument for both sides. For now, we'll just have to see what conflict new technology brings us in the future.

While rifles are present in households today, mostly for the purpose of hunting, history shows there was another strong influence in the evolution of guns. In an 1864 letter to the editor of the New York Times, an American citizen urges the military to brush up on their skills and work to bring American rifles up to the standards of other European countries. The citizen feared that countries that made rifle shooting a recreational activity were slowly going to become more proficient and therefore stronger enemies of the untrained Americans [source: S. P.].