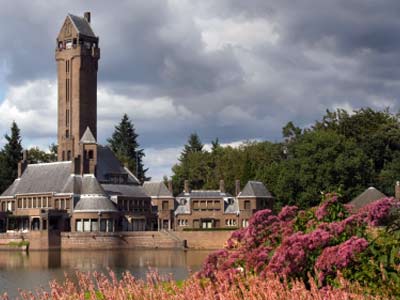 Maybe it­ was Elmer Fudd, always­ chasing that "wascally wabbit," who triggered your interest in hunting. Perhaps you grew up in the country and learned to hunt when you were a kid. Possibly you've been hunting since you could handle the kickback from your dad's 12-guage. And then again, you might just be curious. Either way, where do hunters go to hunt today?

As cities grow, open land becomes increasingly scarce and valuable. With less land to hunt, fewer people become hunters. Hunting preserves are parcels of land licensed by their respective states to offer hunting for a fee.

Hunting preserves, good or bad -- and arguments are made for both sides -- work to minimize the trend of land development by offering a wilderness refuge for mammals and fowl, as well as a place for hunters to find their place in the food chain and the sporting world.

­When the U.S. Fish and Wildlife Service conducted a survey of hunters in 2001, it found, among other things, that today's hunter spends more than $20 billion a year on the sport. With less land to hunt, more and more people are hunting on land preserves [source: Marshall]. This is good news for the states offering preserves (and almost every state has at least one) but a point of contention for many legislators, landowners, activists and those who can't afford the sometimes costly bag and tag fees on these private lands [source: North American Gamebird Association].

If the idea of hunting fenced-in fauna seems new and unusual to you, read on, because in the next few pages, we'll give you a virtual tour of the hunting preserve world -- and it won't cost you a thing.

Arguments in Favor of Hunting Preserves

While it'­s never been argued that hunting is necessarily "easy," let's take a look at the obvious benefits of a preserve hunt first.

With many hunting preserves, you can bag your rooster, then head to dinner while facility staff cleans the catch. That's a nice perk for those sportsmen who don't like the hassle of clean-up. Other perks at these preserves include arranged transportation, lodging and meals for one price [source: Thoms].

If hunting isn't your thing, preserves still offer a good opportunity to spend time with friends and family, as these private lands are often spread out -- some as large as 10,000 acres (4,047 hectares) or more [source: Florida Fish and Wildlife Conservation Commission]. And they offer other increasingly rare amenities, according to Jim Trinklein of the Michigan Association of Gamebird Breeders and Hunting Preserves. Hiking, bird watching and camping opportunities all exist on these lands.

And speaking of budget, preserves add $1.6 billion to the United States economy. They teach gun control skills to youth and work to instill a sense of stewardship and pride in natural lands [source: North American Gamebird Association].

So if preserves are so great for the hunters, what about the hunted? In the next section, we'll look at migration and how preserves and preservationists can offer feeding and resting grounds for animals on their annual migrations.

Givin' it a Shot

For many, the childhood initiation of hunting with family on opening day is just as American as apple pie. And even though open land is disappearing, traditional hunter safety programs such as the 4-H shooting sports program and state-sponsored hunter's safety classes are still maintaining some of their numbers, say officials.

As land disappears, the wildlife goes with it. For the 10,000 sandhill cranes that stop at Indiana's Jasper-Pulaski Wildlife Area on their migratory path, the value of this ­hunting preserve turned wildlife area cannot be argued. Designated as a gamefarm and game preserve in the 1930s, Jasper-Pulaski now maintains more than 8,000 acres (3,237.6 hectares) of wildlife habitat for these and other­ migratory animals [source: Indiana Department of Natural Resources]. For the cranes, resting grounds such as Jasper-Pulaski or Wyoming's Greater Yellowstone area are crucial to the species' survival.

­Migration is nature's way of ensuring species' survival, providing the necessary shelter and access to food during all seasons. Preserves located on migration ground see many animals come through during the migration, which allows hunters a greater opportunity to shoot a prize specimen.

One of the arguments against hunting preserves, however, is that this opportunity is nothing more than a "canned hunt," as many private hunting lands uses fences to contain prey [source: Gerstenzang]. It was during a private hunt that Vice President Dick Cheney wounded a fellow hunter in 2006, drawing wide-spread criticism to the sport.

Preservations can also be used for game privatization, which has the hunting community torn. Read on to discover why.

Since 2001, Operation Migration has been helping cranes and geese get home during migration.

Once on the cusp of extinction, the whooping crane has rebounded drastically since the 1940s, when it made the endangered species list with only 15 birds [source: Operation Migration]. The whooping crane, which stands about 7 feet high (2 meters), has a wing span of roughly 7 feet (2 meters) and is one of two species of crane native to North America [source: Cornell Lab of Ornithology]. Of the 15 total crane species, the sandhill crane is the other [source: Hoffman]. Operation Migration, which pioneered the initial "human-led migration" in 1993, leads migratory birds home with lightweight planes [source: Operation Migration].

Privatization. We're used to it in health care, but it's not just about hospitals. Even hunters fa­ce the crunch of private ownership of lands and game.

­In 2001, more than half of the people hunting in the U.S. did so on private land. According to Jay Strangis, editor of Peterson's BowHunting magazine, this may be the only future for hunters, as private land becomes the only means for the sport [source: Strangis].

At the Crex Meadows Wildlife Area in Wisconsin, only 2,400 (971.2 hectares) of the of the Meadows' 30,000 acres (12,140.6 hectares) is closed to hunters. With campsites, wildlife classes and other recreation, this example of privatization comes at a minimal price. As with many other state lands, a park sticker is required to access the lands. Prices range from $5 for a one-hour pass to $35 for an annual out-of-state permit. For other lands, like those set up exclusively for hunting or privately owned family farms, making the decision to charge a fee for a guide serve can be troubling.

If privatization is one "affliction" of the sport, what others exist? Read on to learn about disease on hunting preserves.

For the 12 percent of the population of hunters who are disabled, access to hunting preserves and other land can be a challenge. Several states, such as Massachusetts and North Carolina, and numerous game preserves have stepped in to lend a hand to their fellow sportsmen [source: Frye]. And several programs exist for the disabled who wish to participate in this activity.

­Survival of the fittest is nature's way of weeding out the weak from the strong, but what happe­ns when otherwise healthy animals come in contact with weak or diseased animals? It happens during migration, and this shifting of populations prevents inbreeding, but it can also contribute to the spread of disease among new populations [source: Montana Conservation Science Institute]. In this section, we'll look at hunting preserves and disease among game.

Chronic Wasting Disease, which is a fatal wasting syndrome found in deer and elk, affects infected animals with tremors and weight loss and is known as a transmissible spongiform encephalopathy, or TSE [source: Belay]. It's also similar to bovine spongiform encephalopathy, or mad cow disease [source: McCombie]. The disease is extremely contagious within captive elk or deer, and while it has been found in captive herds since the '60s and in the wild since the '80s, several states including Colorado, Wyoming and Nebraska have had CWD in endemic proportions [source: Belay] .

As for birds, which also play a large role in the spread of disease, chief among them West Nile Virus, disease transmission is of increasing concern as wild populations diminish and farm-raised birds increase in number [source: Reed, Penn State College of Agricultural Sciences].

No matter how you feel about them, keep in mind that game preserves offer much of the same beauty found in the wild, and in some cases can keep the view from your window as wide open as it was before contractors moved in across the street.

How You Can Prevent Illness and Disease Transmission

What is the public image of hunters?
How Sport Hunting Works
How Wild Wilderness Works